SEOUL, April 20 (Yonhap) -- The city of Seoul is introducing a new rule under which officials involved in sexual crimes will be expelled immediately, Mayor Oh Se-hoon said on Tuesday.

Oh made the announcement during a press briefing arranged to formally apologize to the victim of alleged sexual harassment by his predecessor Park Won-soon. Park was found dead last July in an apparent suicide amid allegations that he harassed a female secretary.

"I declare the immediate introduction of a 'one-strike-and-you're-out' rule," the mayor said.

He noted the city hall failed to eradicate sexual crimes due to its lenient responses like transferring perpetrators to other posts without punishing them.

From now on, sexual offenders will not be given a second chance and will be fired immediately after their wrongdoing is confirmed, he said. 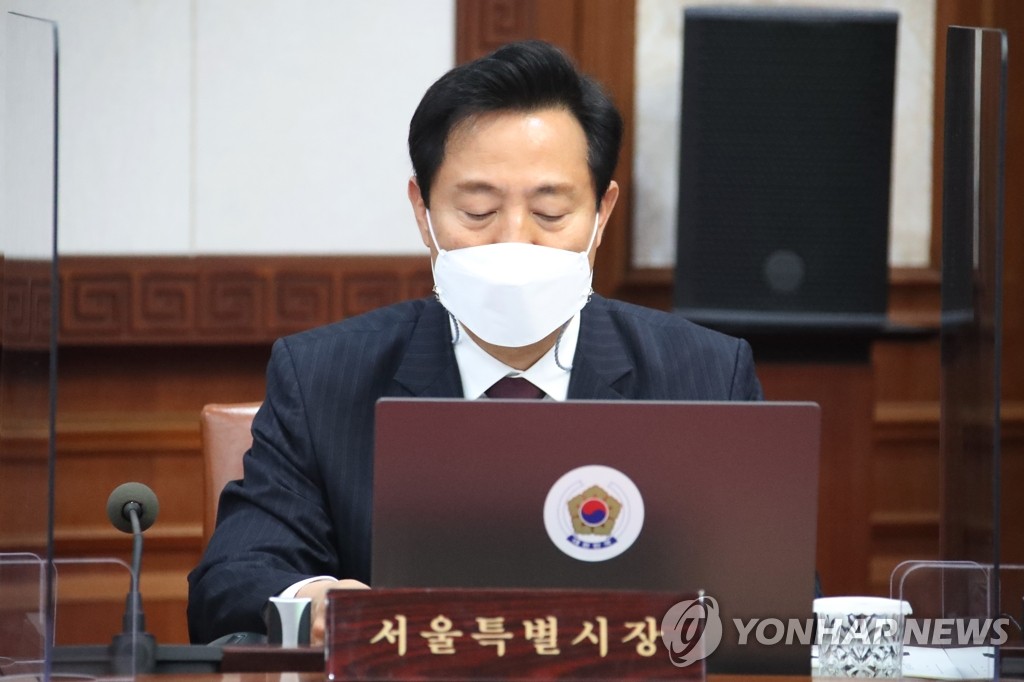 Oh, affiliated with the main opposition People Power Party, assumed his third term after overwhelmingly winning a by-election on April 7.

"At the same time, to protect victims of sexual harassment and violence, I promise there will be no tolerance in the event of secondary victimization," he said.

The victim of Park's alleged harassment suffered further harm after his death, as some of his supporters raised doubts about her claim and sympathized with the deceased mayor.

Oh said he already met with the woman and discussed measures to help her return to work smoothly.

She asked for a reinvestigation of officials suspected of connivance in the incident and secondary victimization, Oh said, vowing a thorough inquiry.

She requested that disciplinary actions against them be minimized so that she would not face a difficult atmosphere after restarting work, he added.

Oh also said he will deliver on his campaign pledge to establish an independent committee of outside experts against sexual offenses, as recommended by the national human rights watchdog.

The city government will open hotlines for reporting sexual incidents and enhance education on sexual harassment in all the city's offices and affiliated institutions and corporations, he added.
(END)

City of Seoul toughens rules against sexual crimes in officialdom

City of Seoul toughens rules against sexual crimes in officialdom