SEOUL, April 20 (Yonhap) -- A subsidiary of South Korean bio-tech company GL Rapah will begin producing Russian COVID-19 vaccines in the country in May, with all doses bound for export, industry sources said Tuesday. 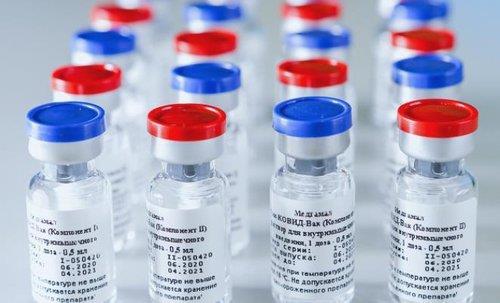 Another 500 million doses of Sputnik V will be manufactured in accordance with an agreement between a GL Rapha-led consortium and the RDIF.

All of the doses manufactured in South Korea will be for export and not for domestic usage, they added.

In February, GL Rapha completed organizing the consortium for the production of Sputnik V in the country, including eight leading pharmaceutical companies.

The first interim analysis of the Sputnik V vaccine of phase three clinical trials in Russia has demonstrated 92 percent efficacy against the new coronavirus based on 20 confirmed cases, the Moscow-based fund earlier said.

The Sputnik V vaccine was developed at the National Research Centre for Epidemiology and Microbiology in Moscow, and its clinical trials have been announced in the United Arab Emirates, India, Venezuela and Belarus, the fund said.

Production of Sputnik V in S. Korea to kick off in May

Production of Sputnik V in S. Korea to kick off in May