SEOUL, April 20 (Yonhap) -- South Korea has again been thrown into a debate over whether women should be drafted into the military alongside men, with political and social circles calling for its serious consideration amid chronically low birth rates.

One of the recent triggers was an online petition demanding female conscription on Cheong Wa Dae's website.

The other was the new book, "Park Yong-jin's Political Revolution," published this week by the eponymous lawmaker of the ruling Democratic Party (DP). In it, Park, a candidate for the March 2022 presidential election, suggested that the country replace its draft with a volunteer military system and require both women and men to receive basic military training for up to 100 days. 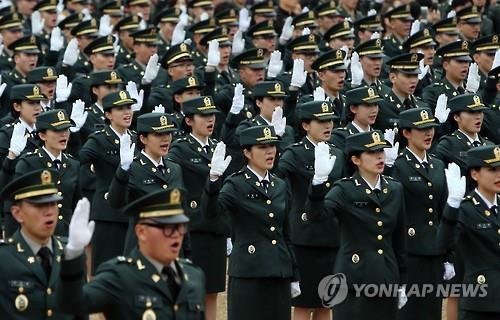 The debate over female or volunteer conscription systems is not new.

The timing, however, has raised eyebrows as it comes on the heels of the Democratic Party's crushing defeat in the April 7 local by-elections.

"The results of the election should be read as the active opposition (of voters in their 20s) to the serious injustices of the current (Moon Jae-in) administration and the DP-controlled parliament," Kim Eun-ju, executive director of the Center for Korean Women and Politics, said, referring to the overwhelming support of 20-something men for the main opposition candidate in the Seoul mayoral race.

"(The ruling camp) has pulled out the female draft system as a solution, but that's an incorrect assessment of the situation," Kim said.

The current law requires all able-bodied men to serve about two years in the military. Women are exempted from mandatory service and allowed to volunteer as commissioned or noncommissioned officers.

The petition on Cheong Wa Dae's website had collected more than 117,000 signatures as of Tuesday afternoon, four days after it was first posted. Any petition that collects more than 200,000 signatures within 30 days mandates a response from the government.

"The notion that women's bodies are not fit for military service, at a time when women are being recruited as commissioned or noncommissioned officers, can only pass as an excuse," the person continued, citing the modernization of barracks culture.

"I believe it is extremely backward and insulting to women to require only men to carry out the duty of military service. Women are not people who should be protected only, but can also be reliable comrades in the defense of our country. Therefore, I ask the government to consider instituting a draft for women," the person concluded. 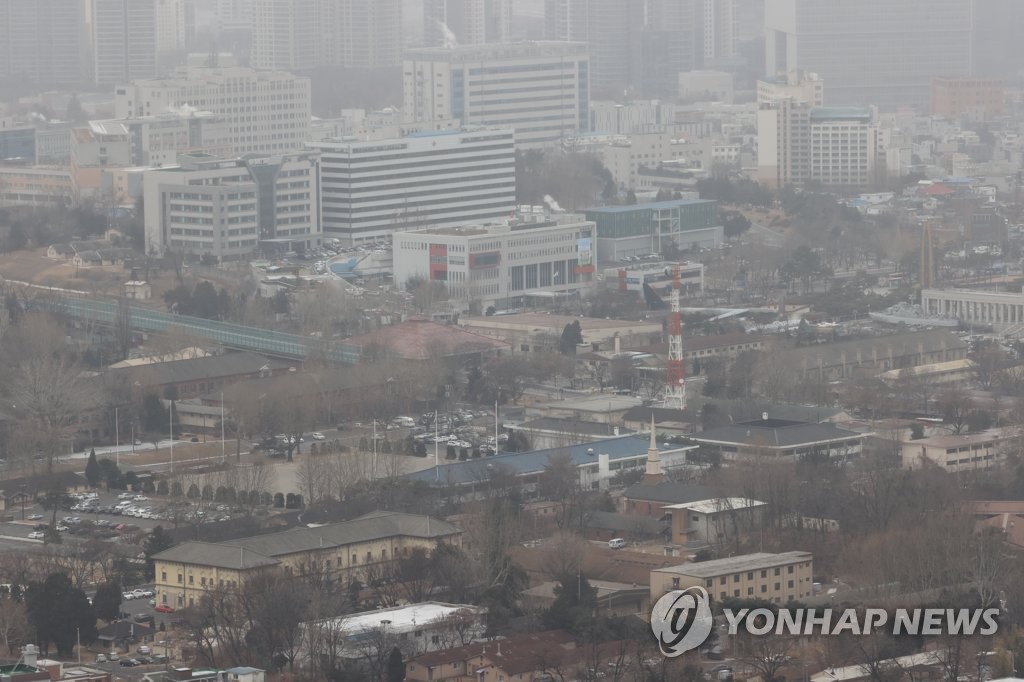 Asked to comment on the petition, a spokesperson for the defense ministry said Tuesday that any changes to the military system must be based on security conditions.

"We believe it is a decision that should be made based on a comprehensive review of military effectiveness and social consensus," spokesperson Boo Seung-chan told a press briefing, adding that there are "far too many steps involved."

On the legal side, the constitutionality of the men-only draft system has repeatedly been affirmed.

The Constitutional Court ruled in 2010, 2011 and 2014 that the related law was constitutional because male bodies are more fit for combat and even physically able women can run into trouble during training and combat due to their biological nature, pregnancy or childbirth.

But the question of female conscription is unlikely to go away as long as the country continues to post record low birth rates, according to Hong Hyeng-sik, director of the pollster Hangil Research.

South Korea reported its first natural decline in population last year as the number of deaths outpaced that of newborns, resulting in a net loss of 33,000 people.

"We have long had a shortage of troops but we don't have enough people," Hong said. "Moreover, not all men are mentally and emotionally fit to serve, but because there is a shortage, about 90 percent of men are currently being drafted."

Hong noted that in the past the question of female conscription was a favorite among conservatives.

"But gender issues have become politicized under the current administration, and the fact that the people reigniting the debate are liberal politicians affiliated with the current government makes it a bigger deal," he said. "I think this is an issue that is not going to disappear. It will persist."

In North Korea, women are forced to serve seven years in the military, mainly in transportation and administration.