SEOUL, April 20 (Yonhap) -- Samsung Electronics Co. defended its leading status in the global smartphone market in the first quarter of the year, a report showed Tuesday, as the South Korean giant saw solid growth in its mobile sales.

Samsung's smartphone shipments jumped 32 percent on-year to 77 million units in the January-March period for a market share of 23 percent, according to the latest report from market researcher Strategy Analytics.

Apple Inc. was the runner-up with a market share of 17 percent after its iPhone shipments increased 44 percent on-year to 57 million units.

China's Xiaomi Corp. came in third place with a 15 percent market share after shipping 49 million smartphones in the first quarter. Its Chinese rivals Oppo and Vivo took the fourth and fifth spots, respectively.

Global smartphone shipments in the first three months of 2021 reached 340 million units, up 24 percent from a year earlier, which was also the highest growth since 2015, Strategy Analytics said.

"The smartphone market rebound was driven by the healthy demand of consumers with aging devices and a phenomenal 5G push from Chinese vendors," it said. "Chip shortages and supply side constraints did not have a significant impact in Q1 among the top 5 brands but was and will be a concern for smaller vendors over the next few quarters in our view." 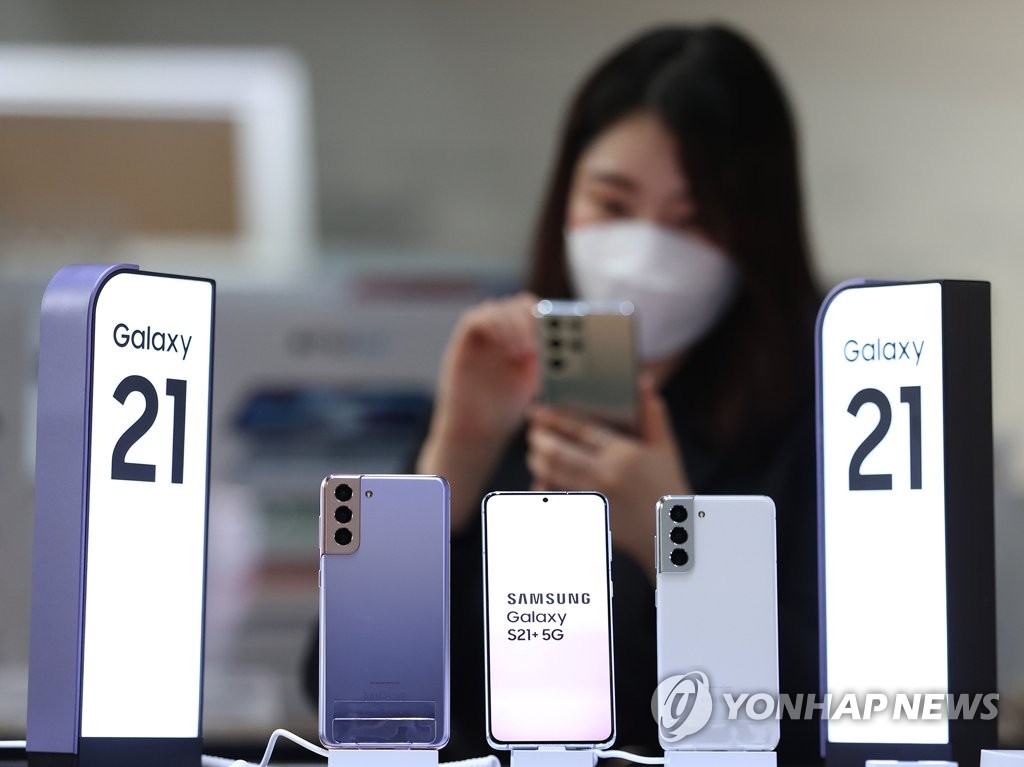