SEOUL, April 21 (Yonhap) -- South Korea's wine imports more than doubled in the first quarter of the year as more people enjoyed drinking at home due to the coronavirus outbreak, data showed Wednesday.

Asia's fourth-largest economy imported US$109.7 million worth of wine in the January-March period, up 115.4 percent from a year earlier, according to the data by the Korea Customs Service and industry sources.

It represents the first time for the value of first-quarter wine imports to exceed the $100 million mark.

The volume of imported wine also soared 86.4 percent on-year to 15,473 tons, the highest tally for the first quarter.

Industry watchers attributed the first-quarter jump to coronavirus-induced social distancing measures that prompted more people to enjoy drinking wine at home instead of going to bars.

Imports of red wine were the largest at $84.09 million in the three-month period, followed by white wine with $22.40 million. 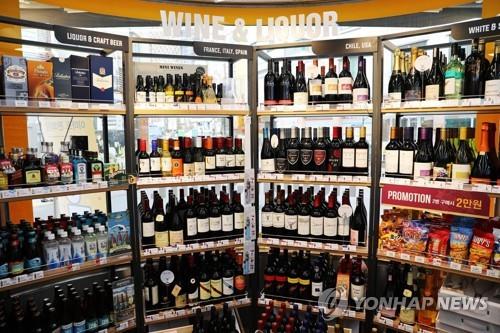 Wine imports more than double in Q1 amid pandemic

Wine imports more than double in Q1 amid pandemic