The message delivered Tuesday via the Cuban ambassador in Pyongyang came a day after Kim sent another message expressing "absolute support" to Diaz-Canel following his appointment as first secretary of the Communist Party of Cuba.

In the message, Kim said he will always join hands with Diaz-Canel against challenges by hostile forces and stressed his will to further develop "special comradely relations and strategic relations with Cuba on a new high level as required by the new era."

Pyongyang has been seeking to maintain closer ties with its traditional allies amid an impasse in nuclear negotiations with Washington. Last month, Kim sent several verbal messages to the leaders of China, Cuba, Vietnam and Laos. 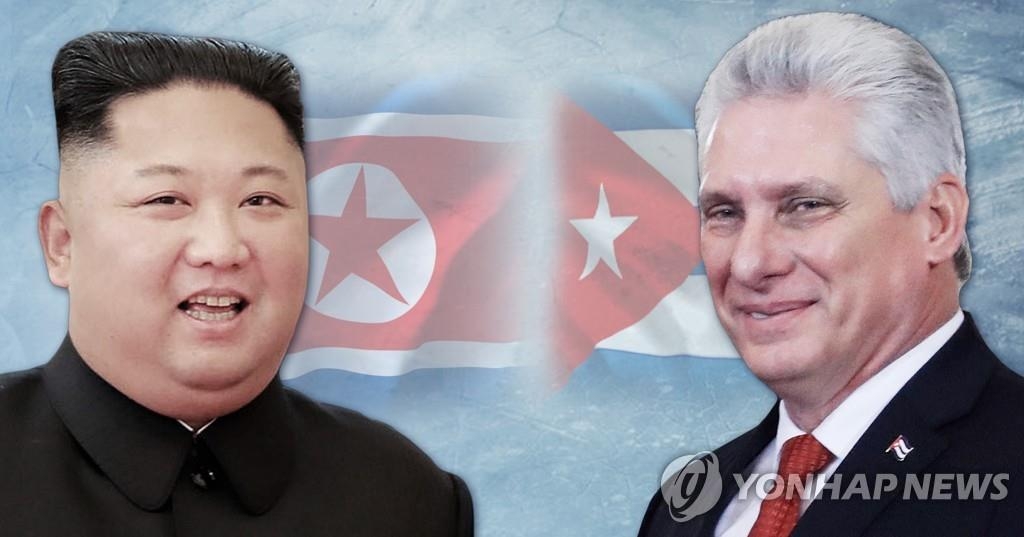