He emphasized the need to consider public consensus on the politically sensitive matter and its possible impact on national unity during his luncheon meeting with Seoul Mayor Oh Se-hoon and Busan Mayor Park Heong-joon at Cheong Wa Dae.

Moon was responding to a proposal from the Busan mayor that Moon take the measure for the sake of promoting national unity, although he did not use the word "pardon" directly, according to a senior Cheong Wa Dae official.

Moon replied that it is "heartbreaking and regrettable" that the aged former presidents, who are reportedly in poor health, are in jail.

"I can't help thinking about public consensus on the issue. And it should be considered in a way to help promote national unity," Moon was quoted as adding. "(We) should take the elements into account together."

Both of the mayors belong to the conservative main opposition People Power Party (PPP). It was quite unusual for Moon to have a separate meeting with PPP members at Cheong Wa Dae. 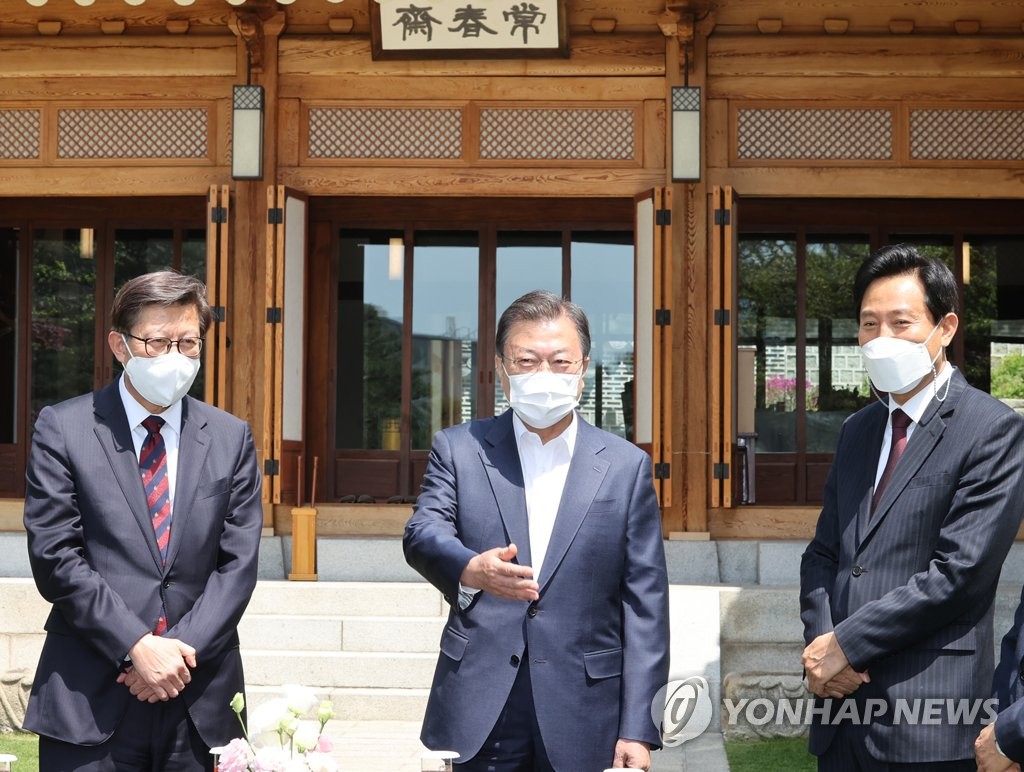 Another sensitive issue of whether Lee Jae-yong, the imprisoned de facto leader of Samsung Group, should be given a presidential pardon was not discussed, the Cheong Wa Dae official told reporters on the condition of anonymity.

The Seoul mayor asked the government to relax restrictions on the reconstruction of old and shabby apartment buildings. Oh said that relevant authorities are using strict safety inspections to control apartment reconstruction on the pretext of worries about the possibility of fueling home price hikes.

The president countered Oh's view, saying his liberal government is not hampering such reconstruction itself. Moon pointed out, however, that it is not appropriate to make profit-oriented reconstruction easy, the Cheong Wa Dae official said on background.

Many agree that a shortage of brand-new apartments is behind unrelenting housing price hikes especially in and around Seoul in recent years. The liberal Moon administration has been criticized for having long focused on restricting mortgage and raising property-holding taxes, rather than increasing housing supply, to stabilize the market. 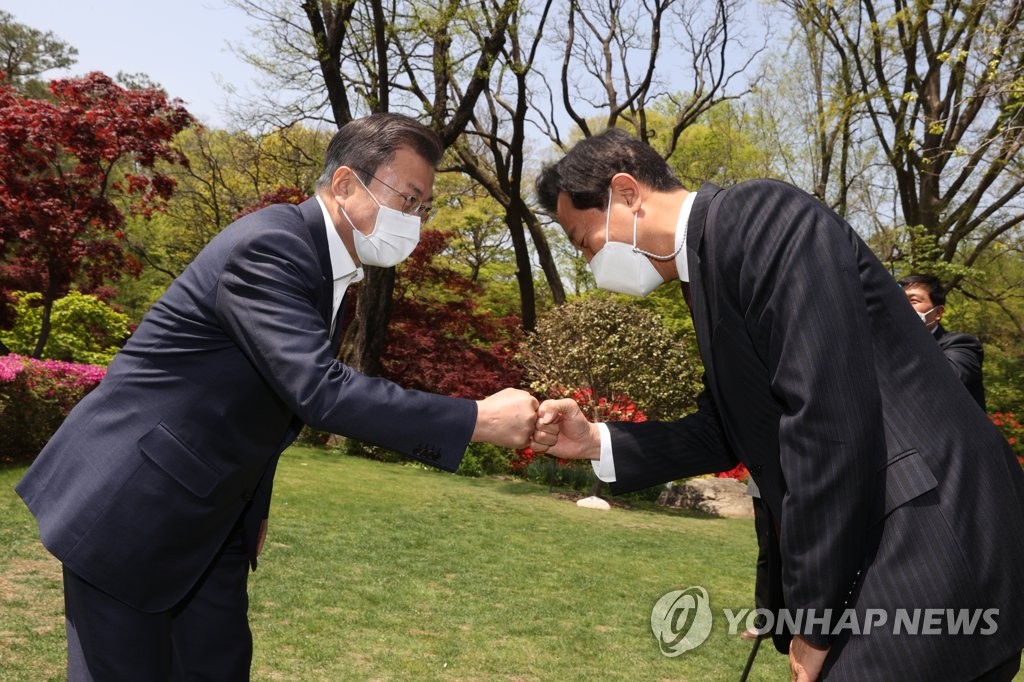 The Seoul mayor, meanwhile, proposed that South Korea shift its focus to win the right to host the 2032 Summer Olympics in Seoul from the push for co-hosting the event with Pyongyang.

Moon responded that it is still too early to give up the bid despite North Korea's announcement that it would not participate in the Tokyo Olympics scheduled to open in July.

The president did not rule out the possibility of a breakthrough being produced in efforts to revive dialogue with Pyongyang during his summit talks with U.S. President Joe Biden in late May.

The North may also avert its decision not to join the Tokyo games, given previous cases, and a way could open for co-hosting the 2032 event, Moon added.

The meeting was arranged now that it is very important to pool wisdom with the mayors of the capital and South Korea's second-largest city, Cheong Wa Dae spokesperson Park Kyung-mee said earlier in a statement.

It marked the start of Moon's full-fledged campaign to reach out to the opposition bloc, critical of his leadership in the home stretch, since his Democratic Party (DP) was overwhelmingly defeated in the April 7 by-elections. 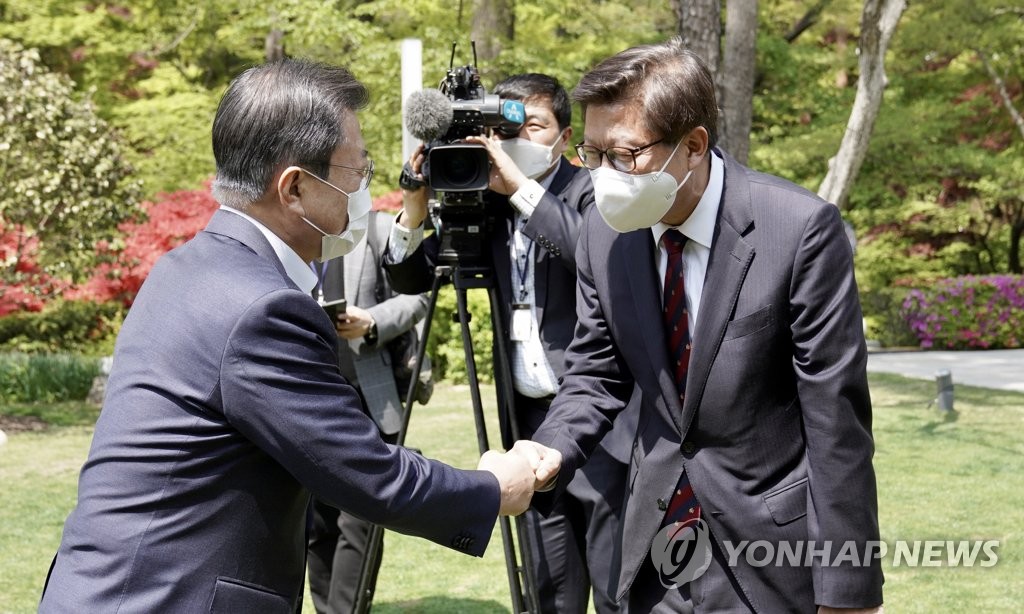 Moon also urged Cheong Wa Dae to strengthen "communication and cooperation" with opposition parties and called for the establishment of a "special" system for cooperation with the local governments that have new mayors.

Meanwhile, the president had an unannounced dinner meeting Tuesday with the DP's candidates in the latest mayoral by-elections, Park Young-sun and Kim Young-choon, a Cheong Wa Dae official told reporters on condition of anonymity.