IAEA Director General Rafael Mariano Grossi made the remark during an interview with Yonhap News Agency via video link Tuesday, as Seoul is seeking to take part in the IAEA-led verification efforts amid growing health risk concerns over Tokyo's plans to discharge Fukushima's tritium-laced water into the Pacific Ocean.

"I certainly hope so," he said. "There is a lot of talent in your country, especially in this area, where Korea is one of the leading nations in the world, in nuclear energy, nuclear science and nuclear technology," Grossi said.

"I'm sure that will cover a rich and strong team. A collaboration of experts from your country will be very valuable," he said, adding that he will be informing Seoul in due course. 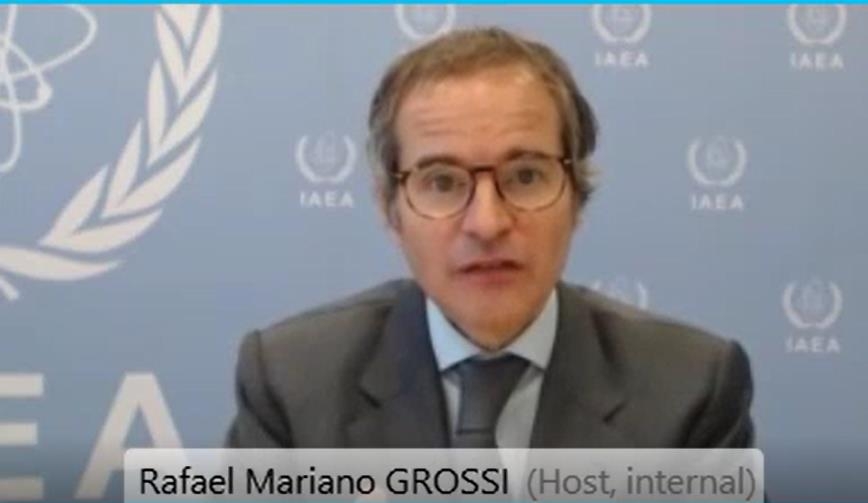 South Korea considers its participation in the IAEA monitoring team crucial in guaranteeing safety in Japan's release. Seoul has voiced concerns over the discharge plan, saying that Tokyo has not given enough information about the release.

Grossi stressed that his organization is a neutral body that does not take sides.

"The IAEA is a neutral and impartial technical body. We don't have a side on this," he said. "The mission that we have, is to ensure, certify that whole operation, before, during the execution and after the assessment ... (is) in line with internationally recognized standards," he said.

Grossi also said that he will be sending the first technical mission to Japan within this year and that he will visit the country before the actual discharge operations begin.

"This whole thing is about how the IAEA can incorporate to this process, in order to precisely make sure when the operation begins, water released into the ocean ... does not have any harmful, negative effect on the environment, water, fish," he said.