SEOUL, April 21 (Yonhap) -- A local court has determined that Japan cannot be forced to pay the legal fees of former South Korean sex slaves in a recent landmark case due to a potential conflict with international law, judicial sources said Wednesday.

The Seoul Central District Court made the determination on March 29, almost three months after it ordered the Japanese government to pay reparations of 100 million won (US$89,600) each to 12 South Korean "comfort women" who were forced to provide sex for Japanese troops during World War II. Comfort women is a Japanese euphemism for the sex slaves. 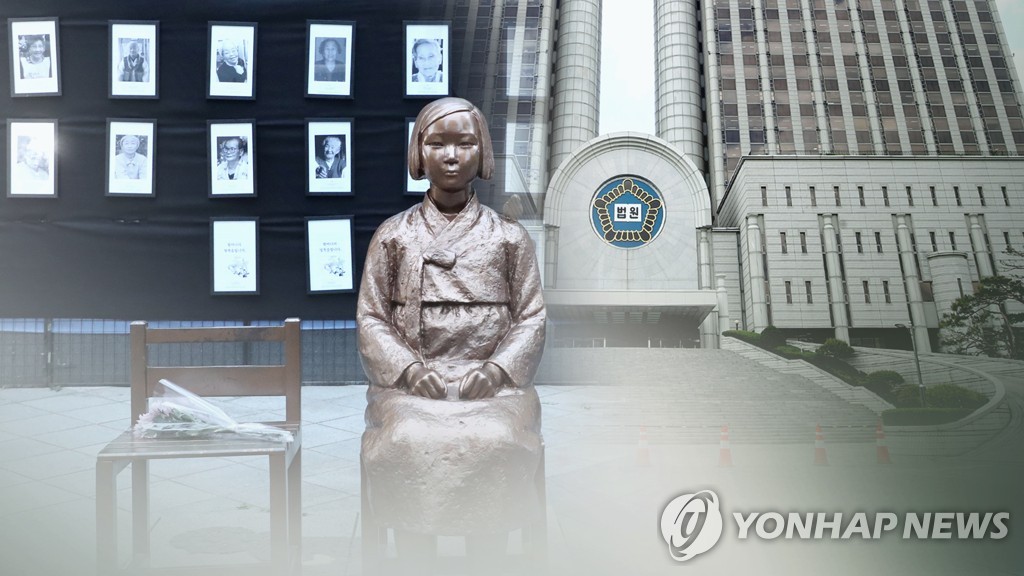 The court, which had suspended the plaintiffs' legal fees under a program designed to help economically vulnerable people, also demanded in the initial ruling that Tokyo foot the bill.

Apparently reversing its previous position, the court said in its most recent determination that it "confirms there is no fee collectible from the defendant within the legal fees that the state allowed the plaintiffs to defer payment of."

"Collection of the fees could result in a violation of international law, including Article 27 of the Vienna Convention on the Law of Treaties," added the court, referring to a rule against invoking a state's internal laws as justification for its failure to perform a treaty.

The treaties in question include the 1965 postwar treaty between Seoul and Tokyo and the 2015 agreement on comfort women, which Japan claims settled all issues of compensation between the two countries.

"In this case, the possibility cannot be excluded that execution of the ruling would amount to an abuse of rights and result in a claim of objection," the court said.

"This would lead to serious results, such as an issue related to national dignity between modern civilized nations and the undermining of confidence in our judiciary, and conflict with national safety, maintenance of order and public welfare as defined by the Constitution," it said.

The initial ruling marked the first legal victory for South Korean comfort women against the Japanese government. Only five of the 12 plaintiffs are still alive.

A second case brought by former sex slaves against Tokyo was dropped by the same court Wednesday.

The court cited sovereign immunity, a legal doctrine that allows a state to be immune from a civil suit in foreign courts.

But in January the court had said the rule should not apply to "systematic crimes against humanity" and war crimes.

Historians estimate that 200,000 women, mostly from Korea, were forced to work in Japanese front-line brothels during the war.