In the away game against the Boston Red Sox at Fenway Park in Boston, Massachusetts, on Tuesday (U.S. time), Ryu allowed eight hits, including one home run and one triple, while striking out two and walking none, as the Blue Jays lost 4-2. 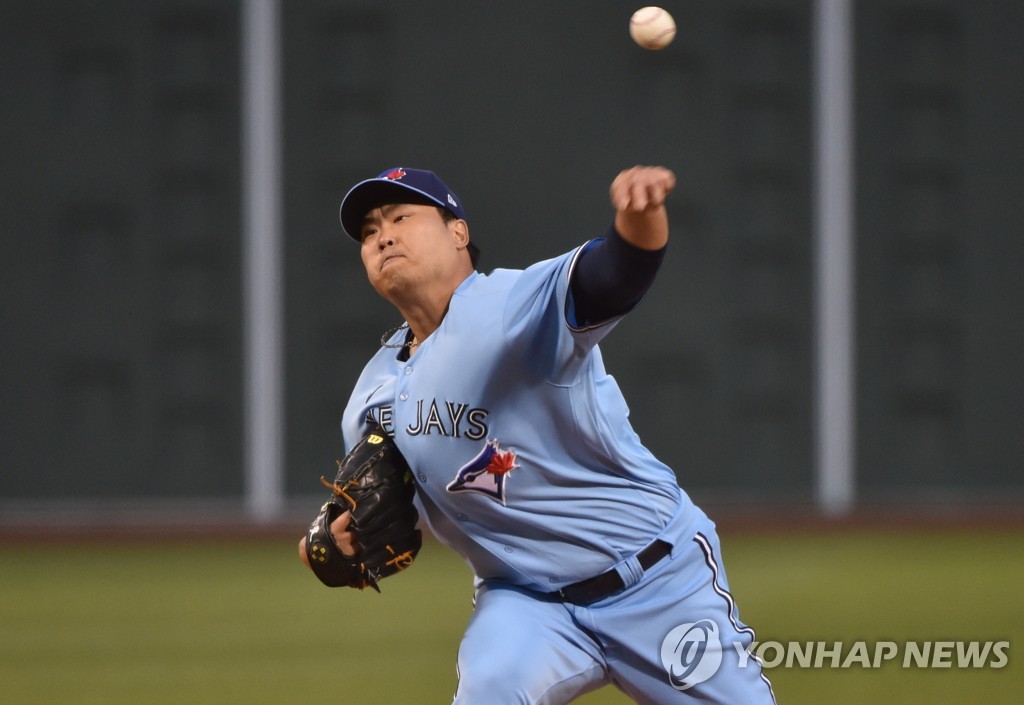 Ryu made a good start in the beginning. He easily retired three batters in the first.

In the second, he allowed a double to Xander Bogaerts, the first batter of the inning, but he got three flyouts to remain scoreless.

He opened the third inning by giving up a single to Bobby Dalbec, but he removed the baserunner by getting Kevin Plawecki to ground into a double play. He got the next batter Enrique Hernandez to groundout and closed the inning.

The Blue Jays scored first on a solo homer by Bo Bichette in the top fourth, but Ryu gave up four earned runs to lose the lead immediately. Bogaerts blasted a three-run homer to center field to give his team a 3-1 lead, with the Red Sox extending the lead to 4-1 on a double and a triple.

It was the first time that the South Korean pitcher has allowed a homer, triple and double in one inning since he entered the Major Leagues in 2013.

He was replaced with Joel Payamps in the sixth.

The Blue Jays, which added one more run in the seventh, lost the game by a final score of 4-2.