SEOUL, April 21 (Yonhap) -- The Ministry of Education on Wednesday declared a three-week intensive period for checking COVID-19 rules for all schools, universities and private educational facilities nationwide, responding to a recent spike in in-school transmissions of the coronavirus.

The declaration came as the number of COVID-19 infections among students and teachers has recently exceeded 2,000 in one and a half months after the spring semester began in early March. 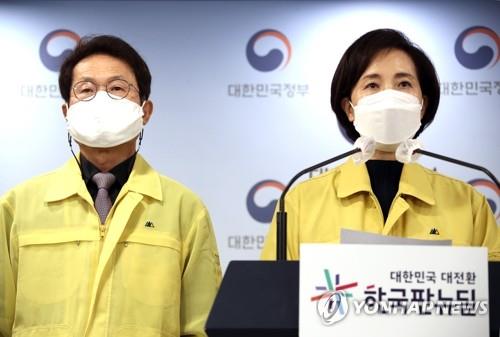 All schools will be asked to strengthen supervision over their students' out-of-school activities and immediately remove anybody with suspected coronavirus symptoms from classes and school work, the ministry said.

It also emphasized the importance of frequent ventilation of classrooms and other common areas, as well as monitoring of outside lecturers.

In Seoul, which accounts for about a third of the nation's new daily COVID-19 cases ranging recently from 600 to 700, the ministry will preemptively conduct coronavirus tests on students, teachers and school officials, regardless of suspected symptoms, beginning early next month.

The PCR tests will also be recommended for dormitory students and employees of private educational facilities, it added. At present, only those with symptoms and those who have come into contact with infected persons are required to take COVID-19 tests.

Despite the planned expansion of PCR tests, however, rapid self-test kits for COVID-19 won't be introduced to local schools for now due to their unproven accuracy, Minister of Education Yoo Eun-hae said in a news conference.

"There is not yet a self-test kit that has been approved by the Ministry of Food and Drug Safety, and several experts still have disagreements on the accuracy and effectiveness of the kits. Thus, (the government) is very careful in introducing those kits to schools," Yoo said.

Earlier this month, Seoul Mayor Oh Se-hoon proposed that the self-test kits be introduced to schools and commercial places, though his proposal has been met with reluctance from central government officials and health experts, who cite concerns about the kits' reliability. 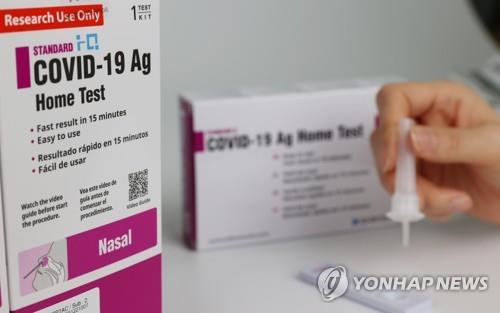 In response to the education ministry's reluctance toward self-test kits, the Seoul Metropolitan Government said it will push to hold consultations with the ministry later after those kits are approved by the drug safety ministry.

"We share some concerns raised by the Ministry of Education and the Office of Education about the accuracy of self-test kits," Park Yoo-mi, a disease control official at the city government, said.

"The Seoul city government has no intention to use a product that is not approved by the drug safety ministry," she said, adding there will reportedly be an announcement soon from the ministry on its approval of self-test kits.