Chung made the comment in a forum with local journalists, a day after he revealed in a parliamentary session that Seoul is seriously discussing a "vaccine swap" arrangement with Washington. He did not elaborate on what that swap deal means.

A government official later hinted that it could include a loan deal in which South Korea receives surplus COVID-19 vaccines from the U.S. and gives the same amount back later.

"We've stressed to the U.S. that a friend in need is a friend indeed," Chung said during the forum hosted by the Kwanhun Club. "We hope that the United States can help us with the difficulties we are experiencing with the vaccines, based on the spirit of solidarity that we showed last year."

Chung was referring to South Korea's provision last year of 2 million antivirus face masks and exports of locally made COVID-19 test kits to the United States at the height of the pandemic.

"Our government, at the request of the U.S. government, directly flew the test kits that we successfully developed and masks that the U.S. were very short of at the time, as we took into account the special relationship between the two countries, even in a situation where our domestic supply was not enough," Chung said.

Chung said that vaccine cooperation should be viewed separately from diplomacy, dismissing speculation that the country may have to give the U.S. something in return diplomatically, such as joining the U.S.-led Quad forum seen as aimed at keeping China's influence in check.

Chung, instead, pointed out that in addition to vaccine cooperation, there are many other areas that the two countries "can cooperate," not only at the government level but in the private sector, such as in semiconductors.

"We could help the U.S. in the global supply chain, which President Biden is interested in," he said. "There are various areas of cooperation, such as the semiconductor sector and the electric vehicle battery sector that the U.S. is interested in and our companies have an edge in."

Cooperation by these private businesses cannot be subject to government-level negotiations, but expanding such civilian-level cooperation could be conducive to forming American public sentiment about the need to help South Korea when the country is in need of vaccine help, Chung said.

In the meeting, Biden pledged to increase U.S. investment in infrastructure to protect supply chains, in an apparent effort to hold rising Chinese dominance in check.

Chung said that serious discussions are under way with the U.S. about vaccine cooperation, but the U.S. has explained that there is little room for sharing its stock of vaccines because the country plans to achieve herd immunity by the summer. 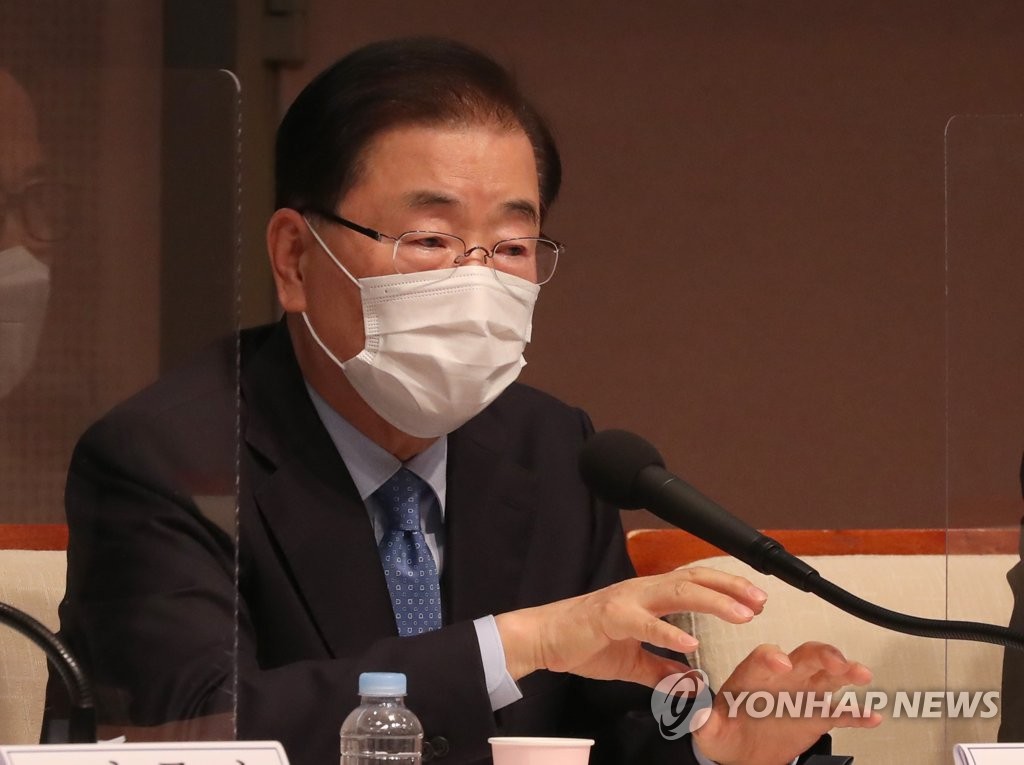