SEOUL, April 21 (Yonhap) -- Hyundai Motor Co. has stopped the production of the Kona Electric for the domestic market in a move to phase out the model undergoing recalls over battery fires and shift its focus to Ioniq 5 EVs, company officials said Wednesday.

The Kona EV is Hyundai's bestselling EV model launched in April 2018, but the compact SUV's image has been tainted by a series of battery fires, which prompted the automaker to recall over 75,680 units in February jointly with battery maker LG Energy Solution Ltd.

Hyundai will only sell Kona EVs in stock for the domestic market, while continuing to export them to overseas markets, company officials said.

"The production of Kona EVs has been halted since March in consideration of the domestic demand and to realign the assembly line for new EVs," a company spokesperson said. "(The company) will continue to export Kona EVs to overseas markets."

In October, Hyundai launched facelifted versions of the Kona for gasoline, hybrid and high-performance, except for the EV trim.

Hyundai sold over 10,000 units of Kona EVs in South Korea in 2018 and 2019, but sales dropped to about 8,000 units last year following a series of fires in its batteries and the automaker's mishandling of the recall program.

The automaker sold only 984 units in the domestic market in the first quarter, a 40 percent drop from a year earlier, while its overseas sales fell 17.9 percent on-year to 7,428 units, its financial reports showed.

The Kona EV faces retirement as Hyundai pins high hopes on its first all-electric Ioniq 5 crossover for its EV transition. The Ioniq 5 has received strong responses in the domestic market, drawing over 40,000 preorders so far, according to the company. 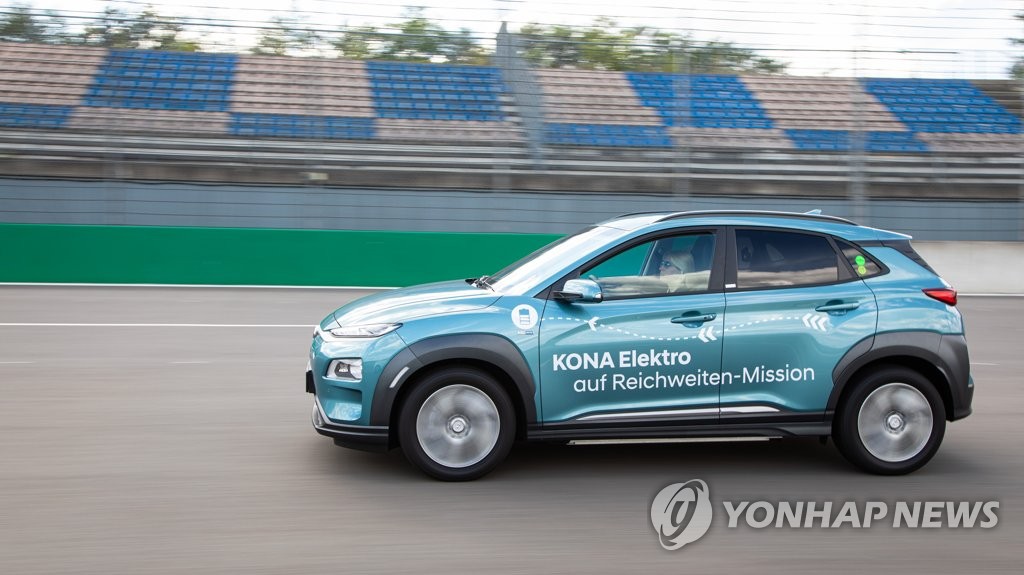 Hyundai Motor to phase out Kona EVs in domestic market

Hyundai Motor to phase out Kona EVs in domestic market