Suga sent a "masasaki" tree to the controversial Yasukuni Shrine in Tokyo on the occasion of an annual spring festival. Former Prime Minister Shinzo Abe paid his respects in person.

"The government expresses deep disappointment and regrets that the Japanese government and its parliamentary leaders again sent the offerings and repeated their visits to the Yasukuni Shrine, which beautifies Japan's colonial plunder and wars of aggression," ministry spokesperson Choi Young-sam said in a commentary.

"We urge Japanese leaders to squarely face the history and humbly reflect on and show by action they genuinely atone for the past history, and Japan should bear in mind that this is the foundation of the development of future-oriented Korea-Japan relations," he said.

Yasukuni Shrine honors Japan's war dead, including 14 Class A war criminals. Visits to the shrine by Japanese leaders have been a key source of tension in the region as Asian neighbors, like South Korea and China that suffered from Japanese aggression in the early to mid-20th century, view the visits as an attempt to beautify the country's militaristic past. 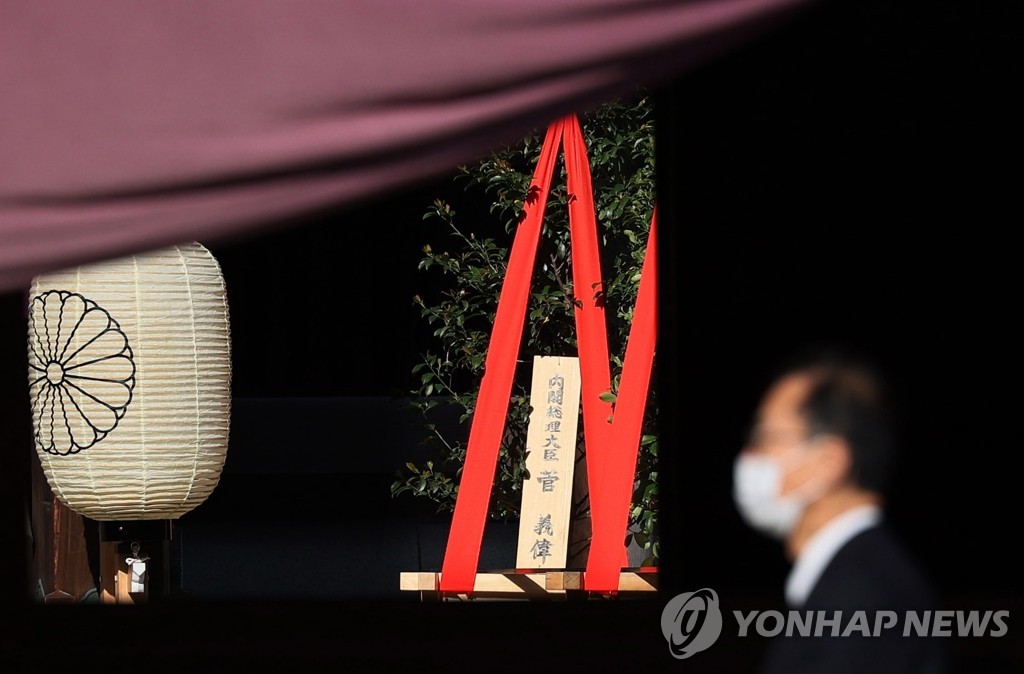