SEOUL, April 21 (Yonhap) -- A new novel by Shin Kyung-sook, the author of the Korean bestseller "Please Look After Mom," will be translated and published in the United States, her publisher said Wednesday.

Shin recently signed a contract to publish the English version of her novel whose title roughly translates to "I had gone to my father" with U.S. publishing house Astra through literary agency KL Management, according to Changbi. 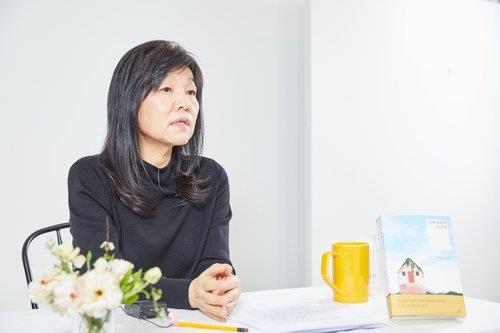 Shin's new novel, her eighth novel and first published novel in 11 years, centers on a father whose life goes through the ups and downs of the country's modern history. After losing his parents at the age of 14 due to an infectious disease, he fights in the war as a teenager and faces democracy movements after moving to Seoul.

Last month, the writer made her first public appearance in years since 2015, when she was accused of copying passages from the Korean translation of "Patriotism" (1961) by the late Japanese writer Yukio Mishima in one of her short stories.

Looking back over the past six years, Shin said it was a time that became a "stepping stone" for her to move on.

"I was alone but I was most deeply embedded in literature, and I diligently found and read new pieces by new authors to not let go of writing," she said. "Those times have become a stepping stone for me to move on."

She also vowed to "write on" as a novelist.

"I will write on with new pieces while carrying the heavy burden of my past faults and negligence on my back," the author said at the March 3 event.