In a Premier League match against Southampton at Tottenham Hotspur Stadium in London on Wednesday (local time), the South Korean star netted a goal from the penalty spot in added time to give his team a 2-1 victory.

He now has 20 goals so far in all competitions, including the Premier League and European continental tournaments, this season.

He needs one more goal to tie his European single-season career high of 21 goals set in the 2016-2017 season. 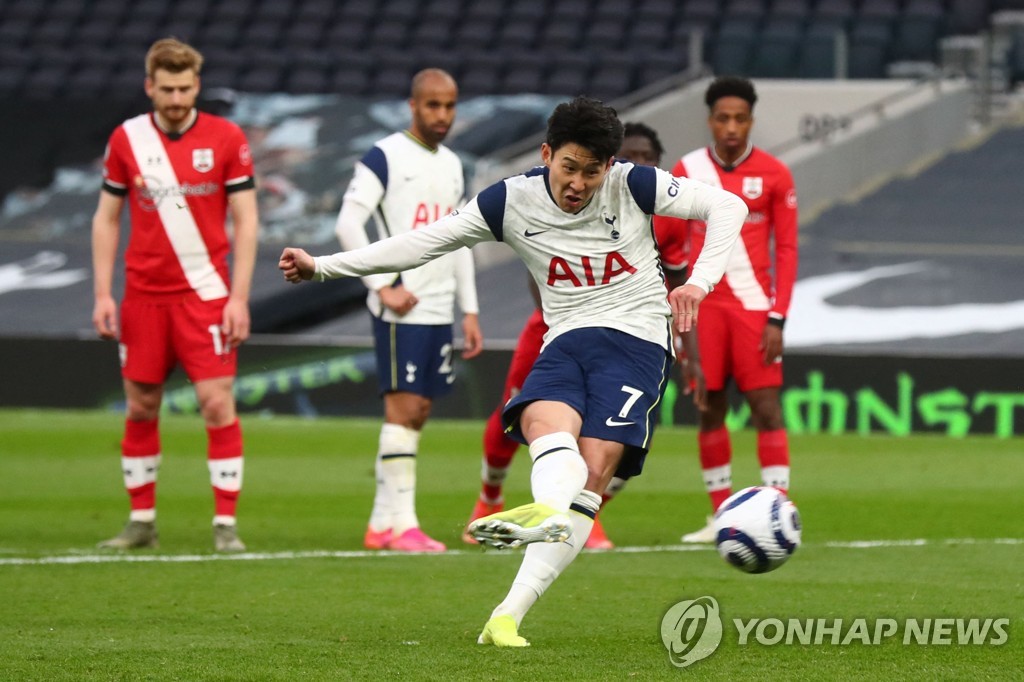 Thanks to Son's last-minute goal, Tottenham pulled off a come-from-behind 2-1 win over Southampton, which took a 1-0 lead in the 30th minute.

It took 30 minutes for Tottenham to tie the match. In the 60th minute, Gareth Bale curled a shot into the top left corner when Lucas Moura's shot was blocked by a defender.

In the 74th minute, Son made the team's second goal, but it was later disallowed after a VAR review, citing that Moura was in an offside position.

In the 90th minute, Tottenham was awarded a free kick after Southampton's Moussa Djenepo slid into Sergio Reguilon on the edge of the penalty box. And Son did not make a mistake in scoring from the penalty spot and completing the 2-1 victory.

The club has 15 wins, eight draws and 10 losses, advancing to the sixth spot with 53 points.