The latest message, delivered Tuesday to mark the Cuban leader's birthday, came after Kim already sent two congratulatory messages earlier this week on his recent election as the first secretary of the Communist Party of Cuba.

"The respected Comrade Kim Jong-un in the message offered the warmest congratulations and sincere comradely greetings to Miguel Mario Diaz-Canel Bermudez on his birthday," the Korean Central News Agency said.

"The message also extended firm support and solidarity to the fraternal Cuban people who have achieved great successes in the struggle for victorious advance of the socialist cause, despite the vicious sanctions and blockade by the hostile forces," the KCNA added.

He expressed "conviction that the traditional relations of friendship and cooperation between the two parties and peoples of the two countries established in the joint struggle for accomplishing the socialist cause would grow stronger in the future."

Kim also sent a floral basket to the Cuban leader through his ambassador in that country, according to the KCNA. His birthday message was also carried in the front page of the Rodong Sinmun, the official newspaper of the North's ruling Workers' Party.

It is rare that Kim sends such congratulatory messages to a foreign leader multiple times in a week. This appears to be part of Pyongyang's efforts to maintain closer ties with its traditional socialist allies amid an impasse in nuclear negotiations with Washington.

At its party congress in January, North Korea said that it will strengthen solidarity with socialist countries. Last month, Kim sent several verbal messages to the leaders of China, Cuba, Vietnam and Laos. 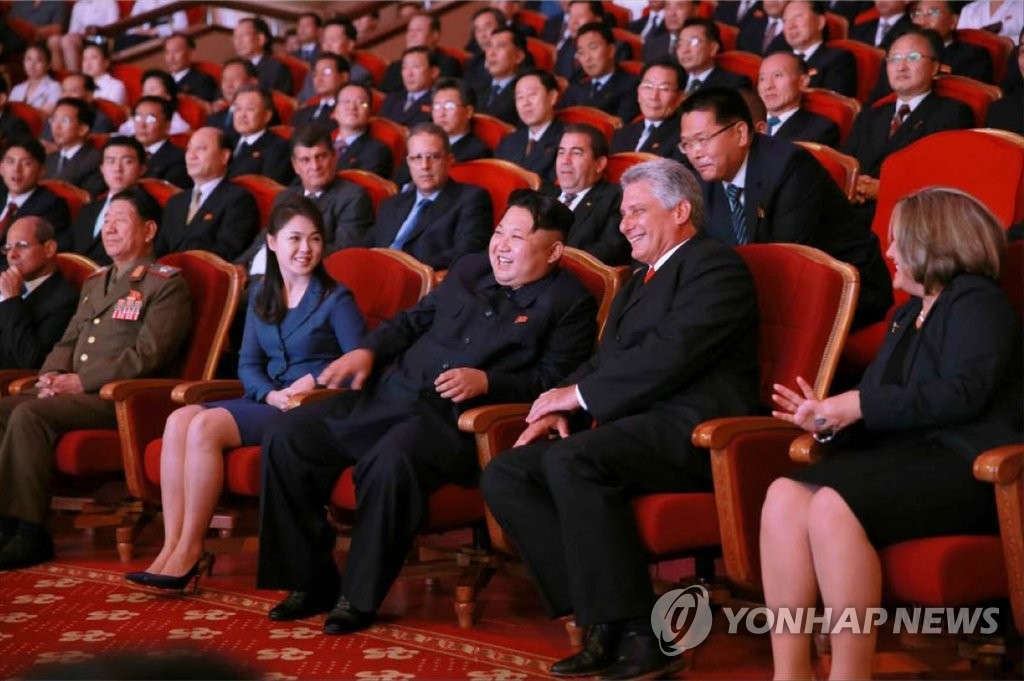