SEOUL, April 22 (Yonhap) -- The number of layer chickens raised in South Korea fell to the lowest in more than three years in the first quarter, affected by the outbreak of bird flu across the nation, data showed Thursday.

The number of layer chickens reached 62.1 million as of end-March, down 14.7 percent from a year earlier, according to the data from Statistics Korea.

It marked the lowest number since the third quarter of 2017, when the number of such chickens came to 51 million.

The number of ducks raised in the country tumbled 52.1 percent on-year to a record low of 3.92 million, the data showed.

The declines were mainly attributable to massive culling of chickens, ducks and other birds to contain the spread of avian influenza, according to the statistics agency.

Since the outbreak of bird flu was first reported in November last year, quarantine authorities have culled 29.8 million poultry.

Meanwhile, the number of beef cattle raised in South Korea rose 4 percent on-year to 3.33 million in the first quarter on a sustained increase in beef consumption. the data showed. 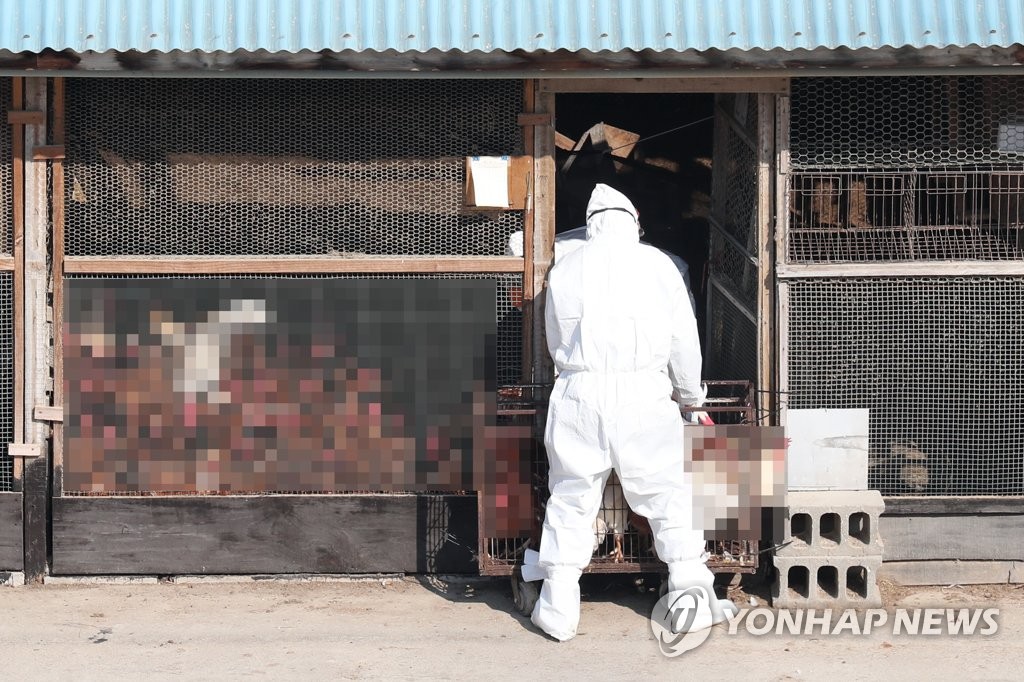 No. of chickens dips to over 3-year low in Q1 amid bird flu

No. of chickens dips to over 3-year low in Q1 amid bird flu