SEOUL, April 22 (Yonhap) -- South Korea will invest 114.7 trillion won (US$102.7 billion) over the next decade to expand the railway network for major cities across the nation, the transport ministry said Thursday.

The fourth nationwide railway plan aims to extend the railway from the current 4,274 kilometers to 5,137 km by 2030 to allow people to travel across the nation in less than three hours, the Ministry of Land, Infrastructure and Transportation said.

The project would raise the railway transportation capacity to about 17 percent in 2030 from 11.5 percent in 2019, the ministry said.

The plan aims to have a vast railway network in major cities to ease traffic congestion, especially in the Seoul metropolitan area, and help residents in satellite cities to more conveniently commute to city centers. 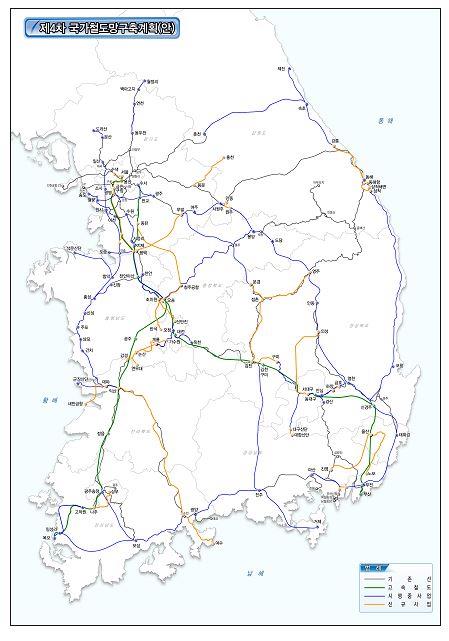