"The two sides noted that South Korea and the United States have closely been working together and coordinating on the course of the ongoing U.S. policy review on North Korea, which is at its final stage," the ministry said in a release.

Noh and Kim also agreed to continue consultations at every level for a successful summit between the two countries slated for late May.

They also exchanged views on efforts to make progress on the complete denuclearization of the Korean Peninsula and building lasting peace, according to the ministry. 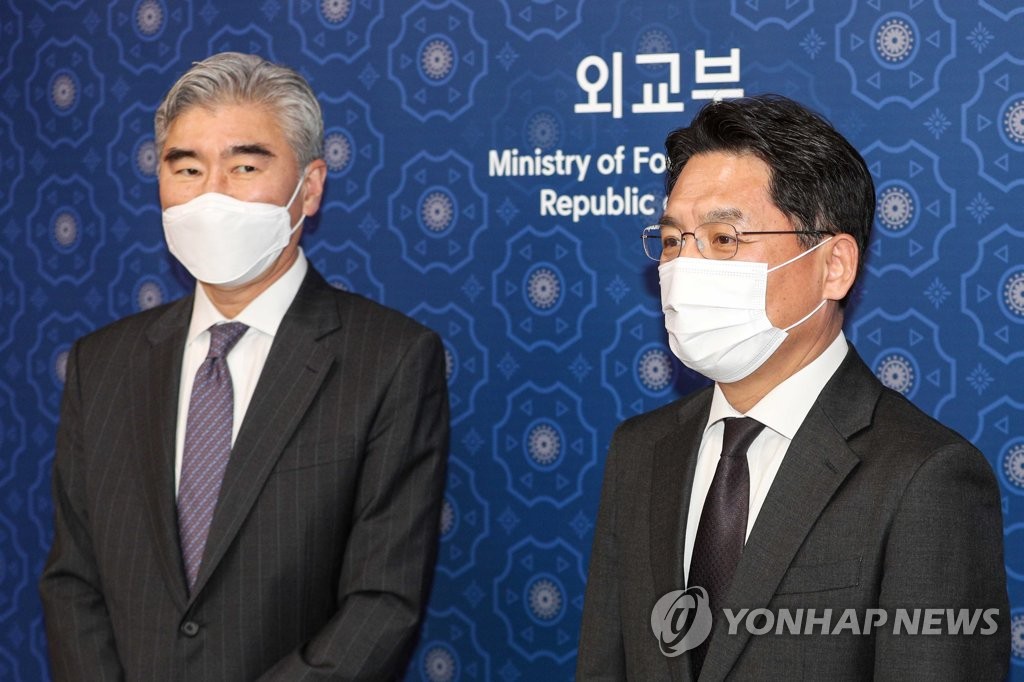