Oh said he would make five pledges to the nation's capital of 10 million during a virtual inauguration ceremony held two weeks after he took office.

Those promises, he implied, are based on the failures of the Moon Jae-in administration to address the plight of small business owners in a pandemic and fix a turbulent housing market. 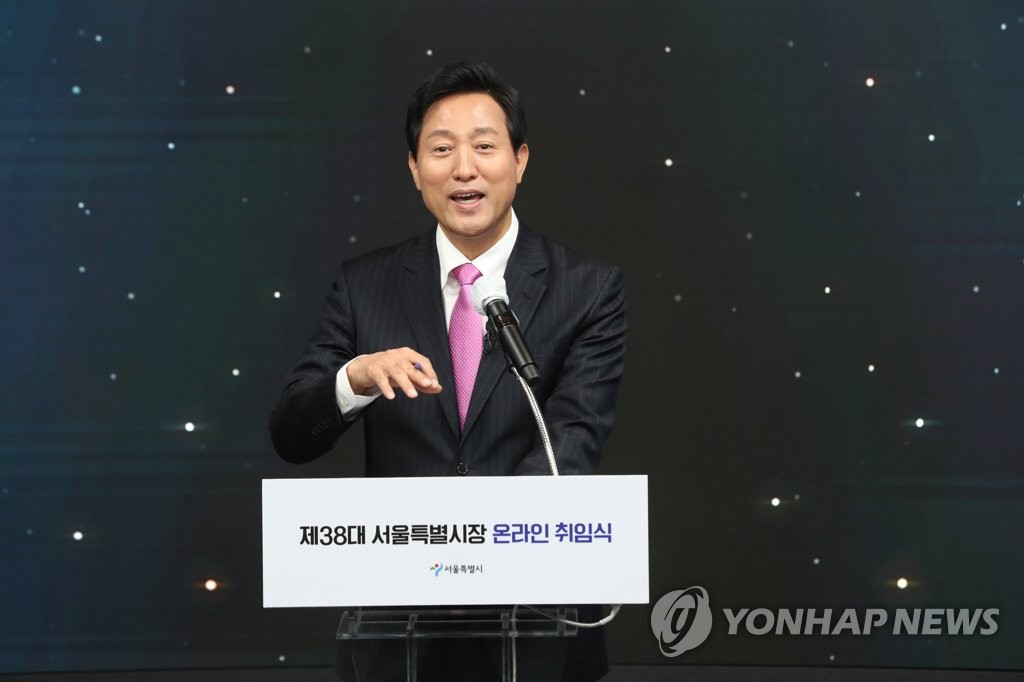 "The Republic of Korea and Seoul have for a long time been in a winter slumber," the 60-year-old said during the ceremony livestreamed from Dongdaemun Design Plaza, citing the government's COVID-19 business restrictions and the absence of a safety net for vulnerable groups.

"On top of that, the government's real-estate policy failures have pushed the entire nation into a 'real-estate depression,'" Oh said, lamenting the high property taxes imposed on homeowners and the frustration of non-homeowners who cannot afford a home.

The mayor, who was elected in a landslide on April 7 on the ticket of the main opposition People Power Party, said the "damage" has been passed on to young people in their 20s and 30s who struggle to find a job, get married and have children.

"Seoul, the heart of the Republic of Korea, can beat again," he said. "Like a runner standing at the starting line, Seoul has the potential to jump like a spring. I will create the opportunity for Seoul to use that potential to leap again and become a globally competitive city." 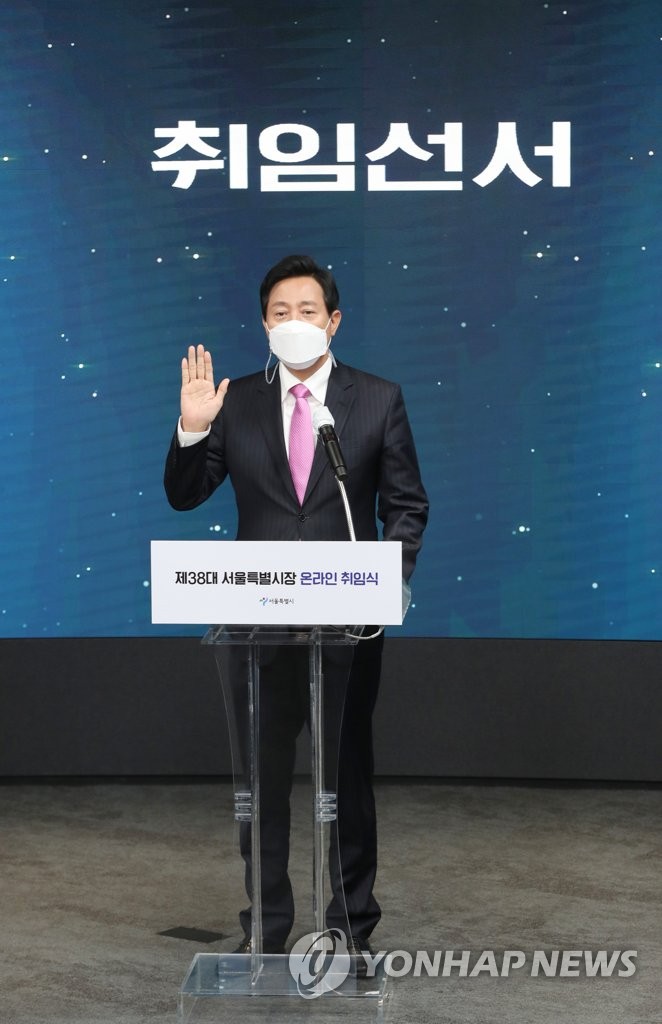 The mayor said his No. 1 promise is to fight the virus while protecting the people's livelihoods through a revision of the government's COVID-19 business restrictions. South Korea reported 735 new COVID-19 cases Thursday, including 230 in Seoul.

In his first days in office, Oh proposed introducing rapid COVID-19 self-test kits at karaoke facilities as a way to keep them open beyond the current government curfew of 10 p.m. The proposal was met with reluctance from central government officials and health authorities who cited concerns about the kits' reliability.

Oh said his other promises are to build a city where the youth are hopeful about their futures, stabilize the housing market, draw up measures tailored to the needs of a growing number of one-person households and establish a clear vision toward enhancing Seoul's economic competitiveness in the world.

The mayor, who previously held the same office from 2006-2011, said the past 10 years were not spent in vain as he traveled to London, Shanghai, Rwanda and Peru, and learned from each country's political experiences.

"I believe all of my preparation will come to fruition through the city of Seoul," he said, adding that he was deeply moved to be inaugurated at the Plaza, a multicultural complex that was conceived during his previous time in office.