SEOUL, April 22 (Yonhap) -- Following its crushing defeat in the Seoul and Busan mayoral by-elections this month, the ruling Democratic Party (DP) remains in a phase of deep soul searching -- reflecting back on whether it went overboard with its various reform-focused initiatives at the cost of losing confidence from swing voters.

And while there appears to be an understanding on the need to reorient its direction more toward middle-of-the-road voters, the DP is also confronted with a dilemma over how to deal with its militant base supporters, who suggest that a reactionary course correction would be a misguided move.

The force and presence of the so-called pro-Moon base, those loyal to President Moon Jae-in, was felt clearly in the immediate aftermath of the April 7 by-elections. 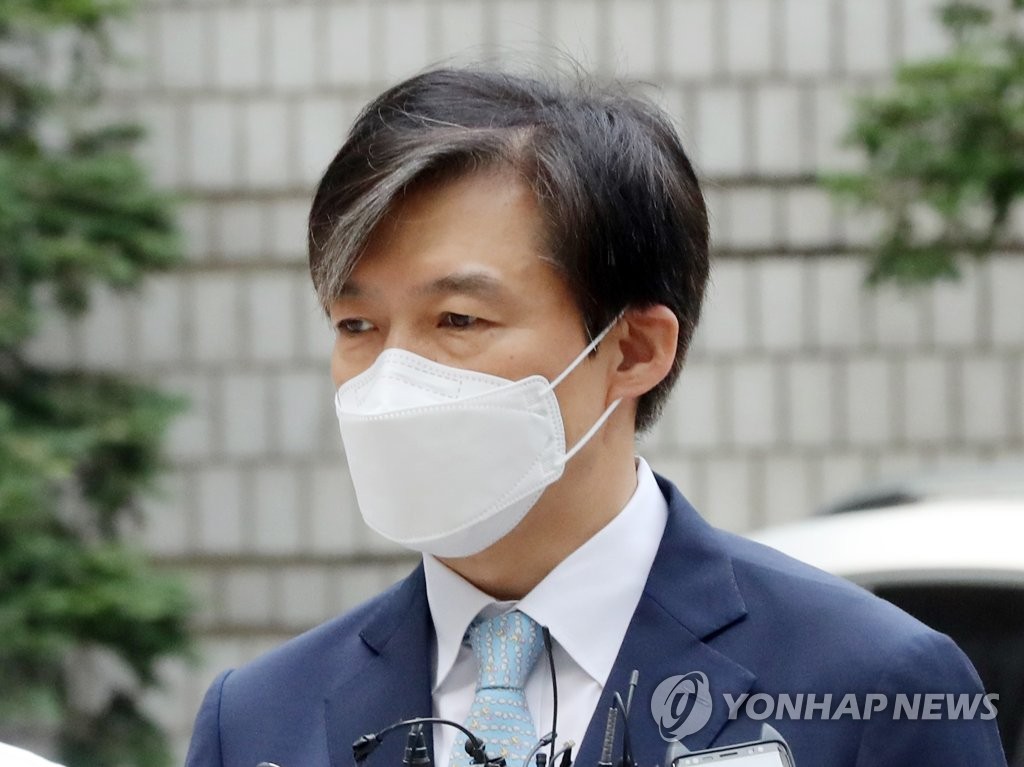 After a group of five freshmen DP lawmakers in their 20s and 30s cited the administration's Cho Kuk scandal as a key factor in the election defeat in a joint statement of contrition, hard-line pro-Moon members of the party mobilized to flood the phones of the young legislators with critical text messages for days.

The scandal surrounding the alleged corruption of the family of former Justice Minister Cho, considered one of Moon's close confidants, has been widely considered a symbol of what opponents have called the "hypocrisy" of the current administration, which has often bragged of its being morally superior over the main opposition party.

Moon's appointment of Cho in September 2019 led to a sharp division of public opinion on the administration, with both supporters and naysayers staging massive weekend rallies in downtown Seoul for several weeks. Cho's term as minister ended up lasting one month.

Following the post-election joint statement, the personal numbers of the five lawmakers were shared on social media, with each of them reportedly receiving between 4,000 to 5,000 messages a day in the ensuing days.

Comments criticizing the five freshmen lawmakers also inundated the DP's online bulletin board for registered patron members, with some labeling them as the "freshmen enemy five" and even calling them "ungrateful."

One of the five legislators, Rep. Jang Kyung-tae, eventually caved in to the onslaught of hate messages, apologizing for making such a statement in the first place.

"I'm genuinely sorry. We should have born part of the suffering when former minister Cho Kuk underwent the hardship but failed to do so," Jang reportedly replied to some text messages he received.

The DP reportedly has some 4 million registered members and some 800,000 registered patron members. Of those, estimates on the number of extremely hard-line pro-Moon supporters stand somewhere in the 1,000 and the 3,000 range and mostly in the 30s-50s age bracket.

Members of the DP's hardcore base are widely believed to have a strong sense of political debt and nostalgia toward late former President Roh Moo-hyun, Moon's former Cheong Wa Dae boss and lifelong friend.

The political force of the DP's staunch base supporters was also felt clearly earlier this year, when then-party Chairman Rep. Lee Nak-yon faced strong backlash from the base after stating that he would ask Moon "at an appropriate time" to grant pardons to Lee Myung-bak and Park Geun-hye -- two former presidents imprisoned for corruption charges.

Lee, who was once the leading potential candidate in next year's presidential race, capitulated to the strong objection, later stating that he "respects the opinion of party members," taking a huge political hit in terms of his leadership. 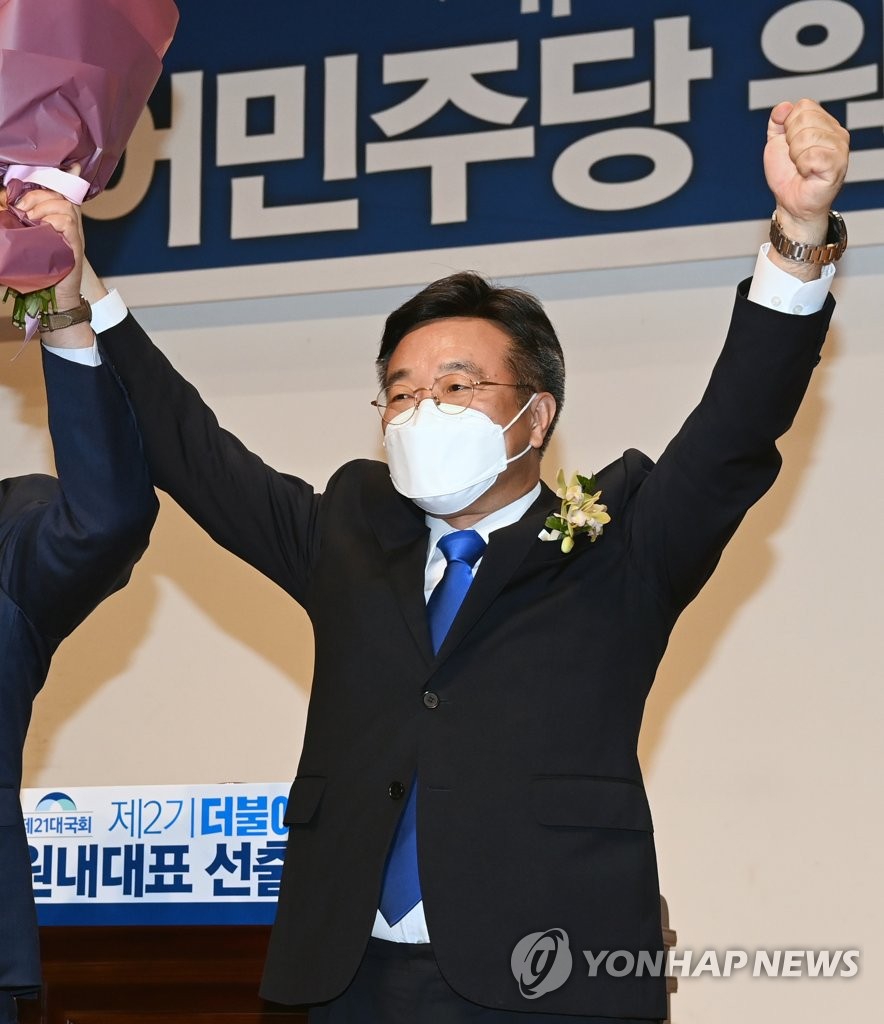 The DP is currently in the process of overhauling its leadership after its previous leaders resigned en masse after the elections.

Last week, Rep. Yun Ho-jung, considered a strong reformist and a pro-Moon lawmaker, was elected as the party's new floor leader. The party plans to hold a convention early next month to pick its new chairperson and supreme council members.

In the course of rebuilding the party's leadership, the topic of the DP's base has emerged as one of the most hotly debated subjects. Some argue that the way the DP handles and confronts its vocal base could end up becoming a major factor in how the party performs in the next year's presidential election.

"(Party members) must be able to accept small differences and achieve harmony. We must care for and respect each other by suppressing our internal currents of divisions," Lee wrote on social media.

Other members, meanwhile expressed concerns that the DP's elite insiders are already kowtowing to its vocal pro-Moon base supporters.

"I'm troubled by the impression that the party's mainstream inside forces remain focused on the so-called reform initiatives, committed to their vested personal interests and denying the wind of change," Rep. Cho Eung-chon wrote on social media. "The party is returning back to where it was before the election rout," he added.

(News Focus) In search of direction overhaul, ruling party faces dilemma over its hard-line base

(News Focus) In search of direction overhaul, ruling party faces dilemma over its hard-line base