Moon also plans to declare Seoul's strong commitment to phase out coal power use during the Leaders Summit on Climate set to open at night (Seoul time).

He is meeting online with Biden for the first time since the U.S. leader took office in January. Chinese President Xi Jinping is taking part in the first-day session as well, along with two dozen other global leaders. 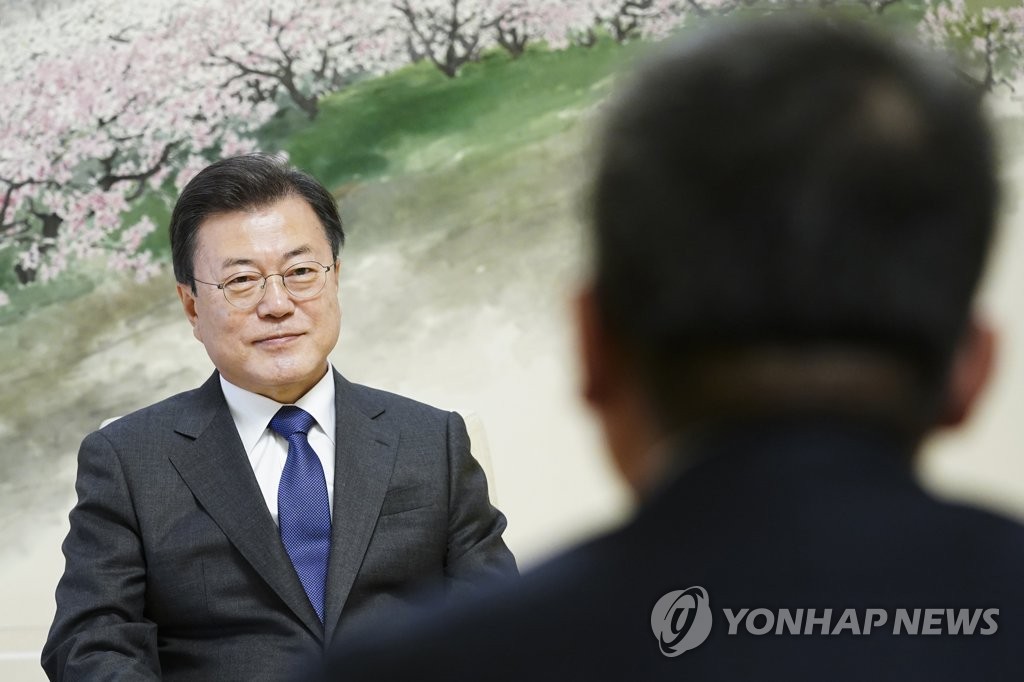 In an updated report to the United Nations last December, South Korea presented a target of reducing emissions by 24.4 percent from the 2017 level by 2030. It is part of the country's commitment under the Paris Agreement, known as a nationally determined contribution (NDC).

The president will declare South Korea's resolve, as a responsible member of the international community, to take active part in the global coal phase-out campaign, she added.

Moon earlier made public Seoul's aim of going carbon neutral by 2050. South Korea is scheduled to host the second P4G summit on green growth and sustainable development in Seoul in late May.

Moon is to join the climate summit from the "hanok-style" Sangchunjae guesthouse inside the presidential compound. Hanok means a traditional Korean house.

He will wear a necktie, made of recycled plastic waste and produced by a local small and medium-sized enterprise, with a lapel pin using marine trash worn on his suit. It's the official lapel pin of the upcoming P4G session.

On display at Sangchunjae will be electric vehicle battery packs made by LG and SK, and a car battery model produced by Samsung.