In an updated report to the United Nations last December, the Asian economic powerhouse presented its target of reducing emissions by 24.4 percent from the 2017 level by 2030. It is part of the country's commitment under the Paris Agreement, known as a nationally determined contribution (NDC).

South Korea will "additionally raise" the NDC and report a new target to the U.N. within this year, Moon said during the virtual Leaders Summit on Climate hosted by Biden on Earth Day. 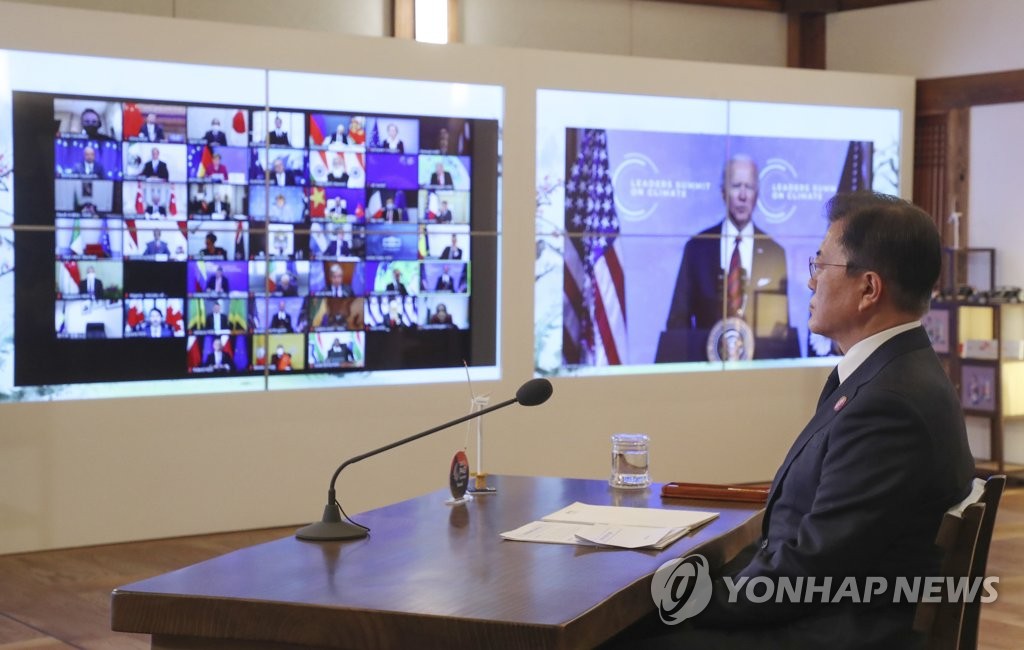 He did not give a specific figure, as inter-agency consultations are under way on the matter, which would heavily affect the nation's overall industrial sector, according to government officials.

The move is in line with Seoul's stated goal of achieving net-zero carbon emissions by 2050.

This means that state-owned enterprises here would be banned from participating in the construction and operation of coal-fired power plants abroad.

The liberal Moon administration has closed 10 aged coal-fired plants in the country and suspended the authorization of a scheme to build new ones.

The government is instead rapidly revving up the use of renewable energy, such as solar and wind power, Moon said.

"South Korea plans to push aggressively for the expansion of green finance for investments in renewable energy facilities at home and abroad," he added.

The president then requested support for the second P4G summit on green growth and sustainable development to be held in Seoul in late May, so that it can serve as a "stepping stone" for the success of the 26th U.N. Climate Change Conference of the Parties (COP26) to take place in November.

The climate summit set the stage for Moon's first online meeting with Biden since the U.S. leader took office in January. The two are slated to hold in-person summit talks in Washington D.C. next month. 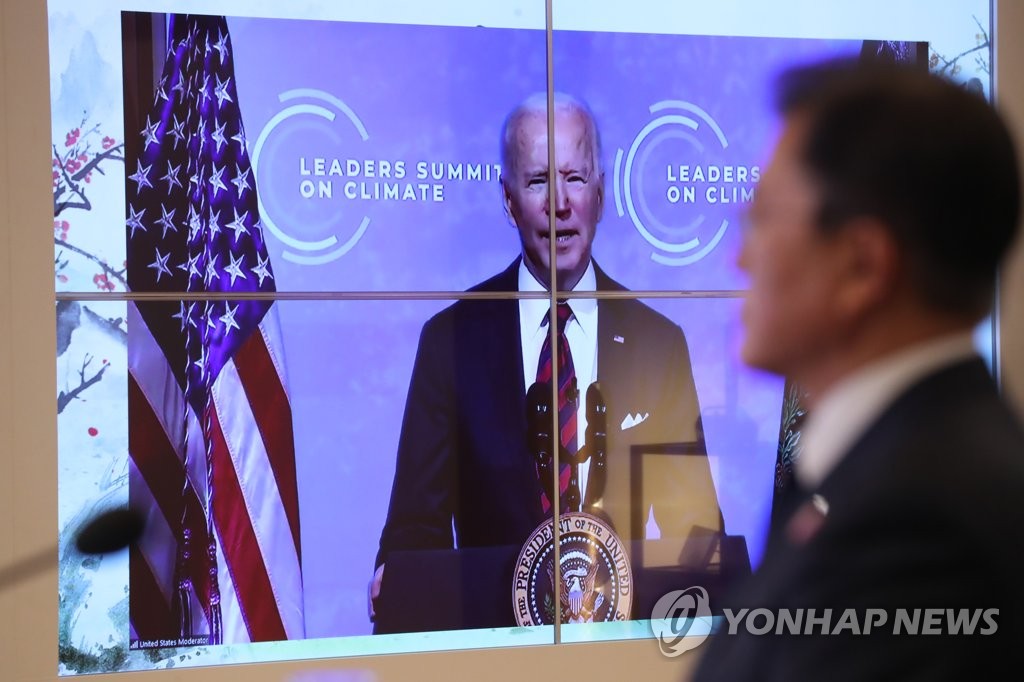 Moon joined the event from the "hanok-style" Sangchunjae guesthouse inside the presidential compound. Hanok refers to a traditional Korean house.

He wore a necktie, made of recycled plastic waste and produced by a local small and medium-sized enterprise, with a lapel pin made using marine trash worn on his suit. It is the official lapel pin of the upcoming P4G session.

On display at Sangchunjae were electric vehicle battery packs made by LG and SK, and a car battery model produced by Samsung.