The daily FX turnover came to an average US$60.94 billion in the January-March period, up $10.44 billion from the fourth quarter of last year, according to the data by the Bank of Korea (BOK).

It was the biggest three-month gain since 2008, when the BOK changed its method of compiling the data.

By bank, the daily turnover by local lenders rose 14.7 percent on-quarter to $27.59 billion, while transactions handled by local branches of foreign banks gained 26.1 percent to $33.35 billion, the BOK said. 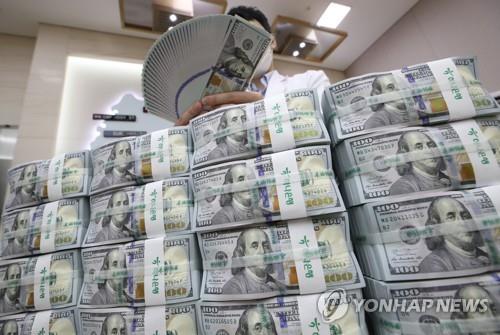