The five major lobby groups -- the Korea Chamber of Commerce and Industry, the Korea Enterprises Federation, the Korea Federation of SMEs, the Korea International Trade Association and the Federation of Middle Market Enterprises of Korea -- have reached an agreement to present a pardon recommendation letter for Lee to the government within the month, the sources said.

Lee was sentenced to 2 1/2 years in prison by the Seoul High Court on Jan. 18 in a retrial of a bribery case involving former President Park Geun-hye. The vice chairman of Samsung Electronics Co. was put behind bars again less than three years after he was allowed to walk free.

"With our economy going through tough times and the competition for the global semiconductor market heating up, the pardon of Vice Chairman Lee is increasingly necessary," a draft version of the letter read.

Last month, the 52-year-old tycoon received surgery for appendicitis at Samsung Medical Center in southern Seoul and stayed there for about a month. He was transferred back to prison last week. 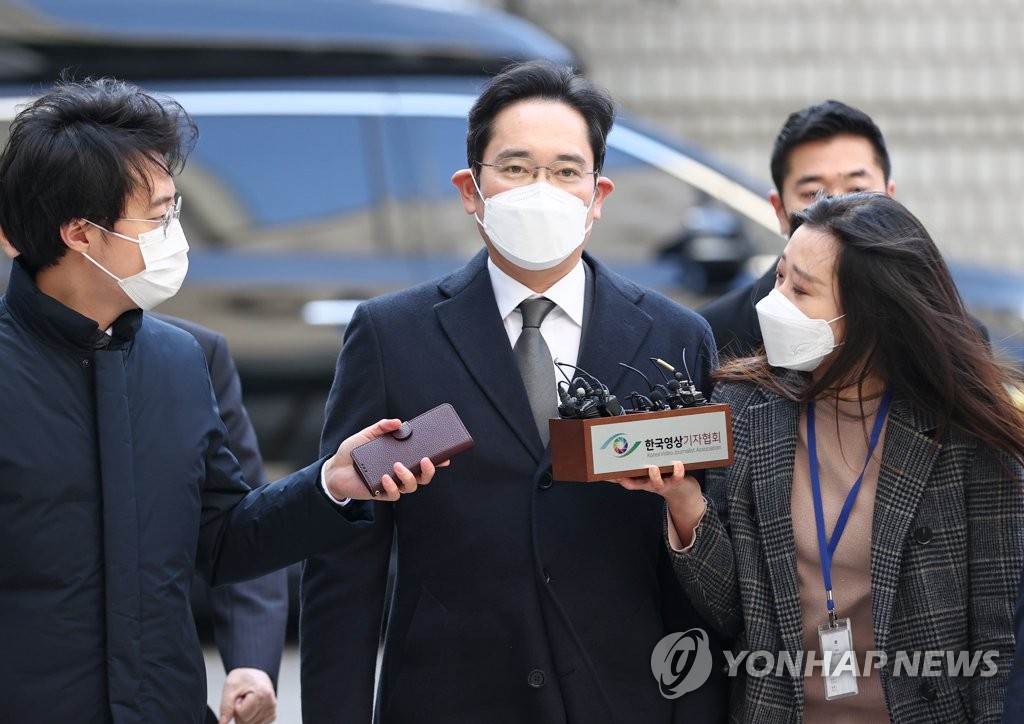