SEOUL, April 22 (Yonhap) -- The justice ministry said Thursday it will convene a special committee next week to review a list of recommended candidates to be the next prosecutor general.

The prosector general candidate recommendation committee will gather on April 29 to review the eligibility of the candidates the ministry received since April 15.

The nine-member committee headed by former Justice Minister Park Sang-ki is expected to produce a shortlist of three to four candidates to recommend to the justice minister.

Per state protocol, the justice minister then takes the candidate shortlist into account and recommends a single candidate to the president.

Among the potential candidates is Lee Sung-yoon, the chief of the Seoul Central District Prosecutors Office, who is involved in an alleged abuse of power in connection with an illegal travel ban imposed against Kim Hak-ui, a scandal-ridden former vice justice minister, two years ago.

Yoon Seok-youl, the former prosecutor general, resigned in early March before his term ended in defiance of the government and the ruling party's strong drive to reform the prosecution service.

He is widely seen as a potential presidential candidate for the opposition bloc, with one year left before the election, although he has not clarified whether he plans to enter politics. 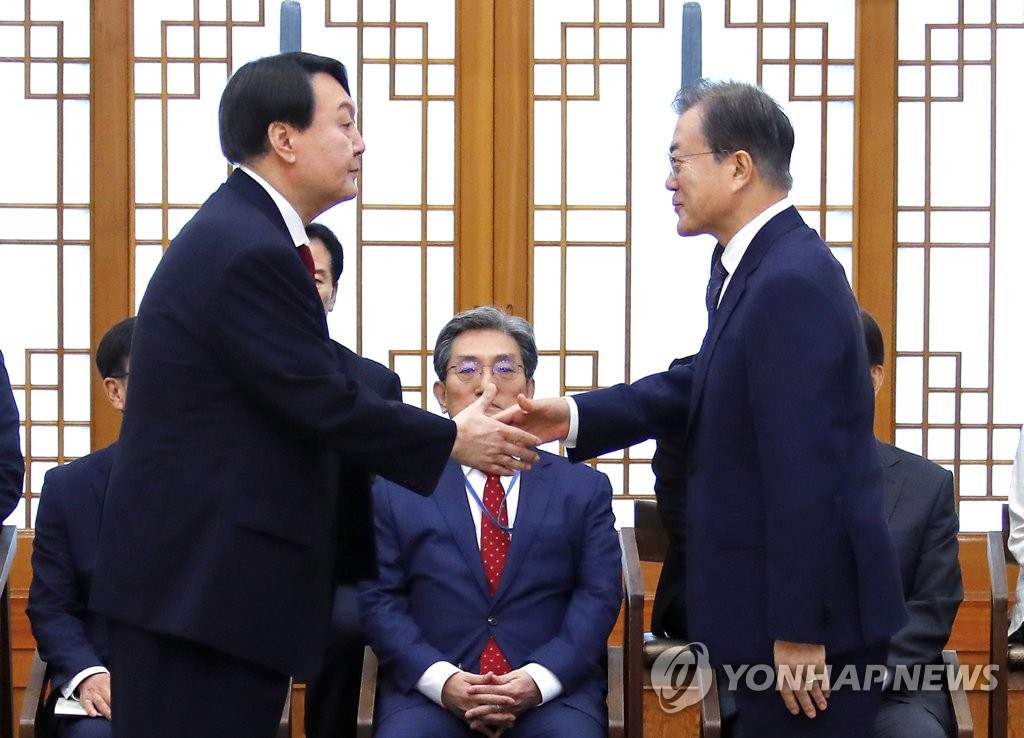