WASHINGTON, April 21 (Yonhap) -- The United States is ready and able to deter any aggression from North Korea, the chief of the U.S. Strategic Command (USSTRATCOM) said Thursday, also highlighting the U.S. security commitment to South Korea.

Adm. Charles Richard, however, said the best way to resolve issues with North Korea is with diplomacy.

The USSTRATCOM commander earlier said North Korea continues to pose threats to the United States and its allies in Northeast Asia.

"North Korea has tested ICBMs designed to strike the entire continental United States and has a large inventory of theater ballistic missiles," he said in a written statement to the Senate Armed Services Committee prior to a hearing this week. 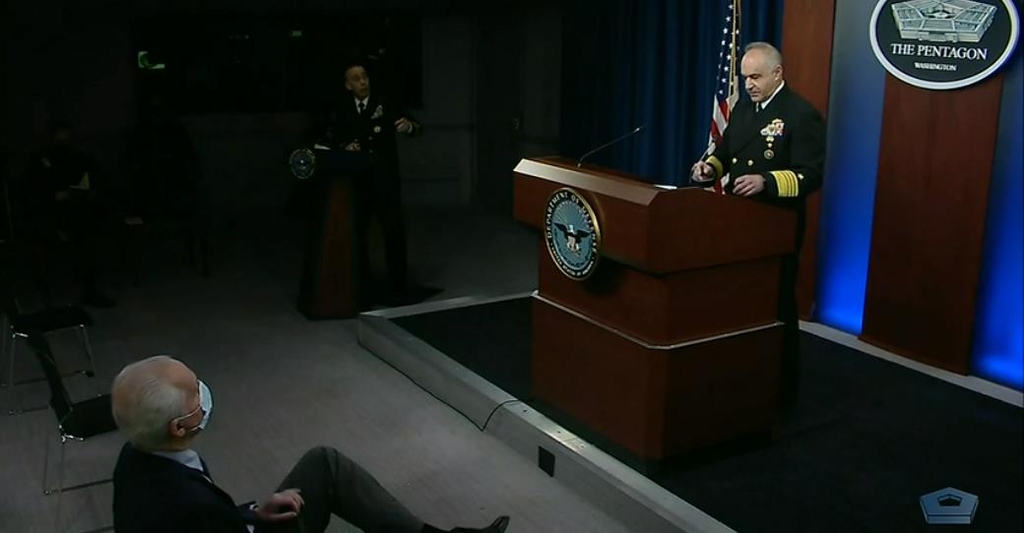 Richard did not offer any direct response to such reports, but said the U.S. is ready to deal with anything the North does.

"We are ready for just about anything North Korea can do...so I'm fully confident that we are prepared for whatever they might decide to do," he said.

Still, the U.S. commander highlighted the importance of diplomatic efforts to ease tensions with North Korea, also insisting that the "situation is ripe" for such overtures.

"First, I think that situation is ripe for a diplomatic resolution," said Richard. "That is the best path to resolve issues with North Korea -- is using diplomacy first."

"I will say that the United States and certainly my command are fully ready to honor our security commitments and alliance promises that we have made to South Korea," he added.

Denuclearization talks with North Korea have stalled since early 2019, when a summit between North Korean leader Kim Jong-un and former U.S. President Donald Trump in Hanoi ended without a deal.

Washington earlier said it has reached out to North Korea through multiple diplomatic channels since mid-February, shortly after President Joe Biden took office on Jan. 20, but that Pyongyang has remained unresponsive.