"We saw a variety of other announcements today about the increasing scope and pace of actions around the world," the department spokesman said of the climate summit, hosted by U.S. President Joe Biden.

"The Republic of Korea announced an end to external coal finance and countries are moving in the right direction, but, of course, we know there is more to do," added Price. 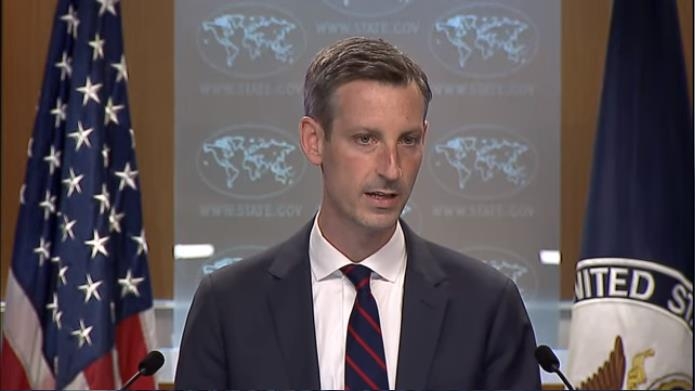 Thursday's meeting marked the start of a two-day summit, attended by Moon and the leaders of 39 other countries, including China, Russia and Japan.

In addition to its pledge to stop investing in coal power projects, the South Korean president said his country will soon submit a more aggressive goal, known as Nationally Determined Contribution or NDC, to the United Nations.

Seoul increased its national goal to a 24.4 percent reduction of emissions from the 2017 level by 2030 in its latest NDC, reported to the world body in December.

"Again, we are grateful to each nation that has contributed to the summit's success thus far, and most importantly, we look forward to working with all nations to increase ambition during this decade of action to put the world on a sustainable path towards climate reduction," the department spokesman said.

John Kerry, special U.S. envoy for climate, earlier noted 20 of the 40 countries present at the climate summit were responsible for more than 80 percent of all emissions.

"And almost all 20 of them were pledging to do additional things," he said in a press briefing held earlier at the White House.