The Senate voted 94-1 to pass the COVID-19 Hate Crimes Act, which, if enacted, would allow expedited federal government investigation on COVID-19 related hate crimes that are increasingly targeting Asian Americans and Pacific Islanders.

She made the remark during her visit to Atlanta, where eight people, four of Korean descent and two others of Asian descent, were killed in tragic shootings at three day spas last month.

Trump had often referred to the new coronavirus as the "China virus" or "kung flu."

The House of Representatives is expected to vote on the bill next month.

President Joe Biden has said he is eager to sign the bill into law.

The only vote in opposition came from Republican Sen. Josh Hawley of Missouri. 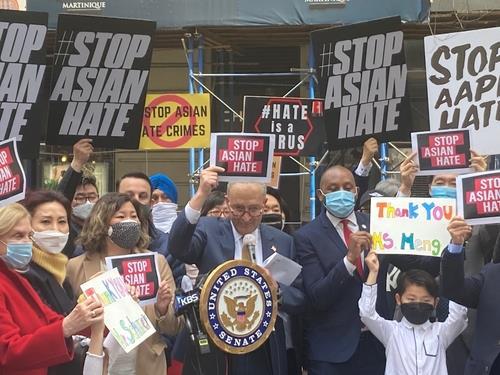