SEOUL, April 23 (Yonhap) -- South Korea said Friday it plans to import more eggs this month in a bid to help stabilize rising prices of eggs that were caused by the outbreak of bird flu here.

The country plans to bring in 40 million eggs in April, up from the initially planned imports of 25 million, according to the Ministry of Economy and Finance.

The ministry said it will push to increase the imports of eggs next month as well and take available steps to curb a sharp rise in egg prices amid a build-up in overall inflationary pressure.

South Korea has imported some 64 million eggs since late January in an effort to ease a supply shortage.

Prices of eggs jumped in recent months as the outbreak of bird flu has ravaged chicken farms across the nation since November last year. 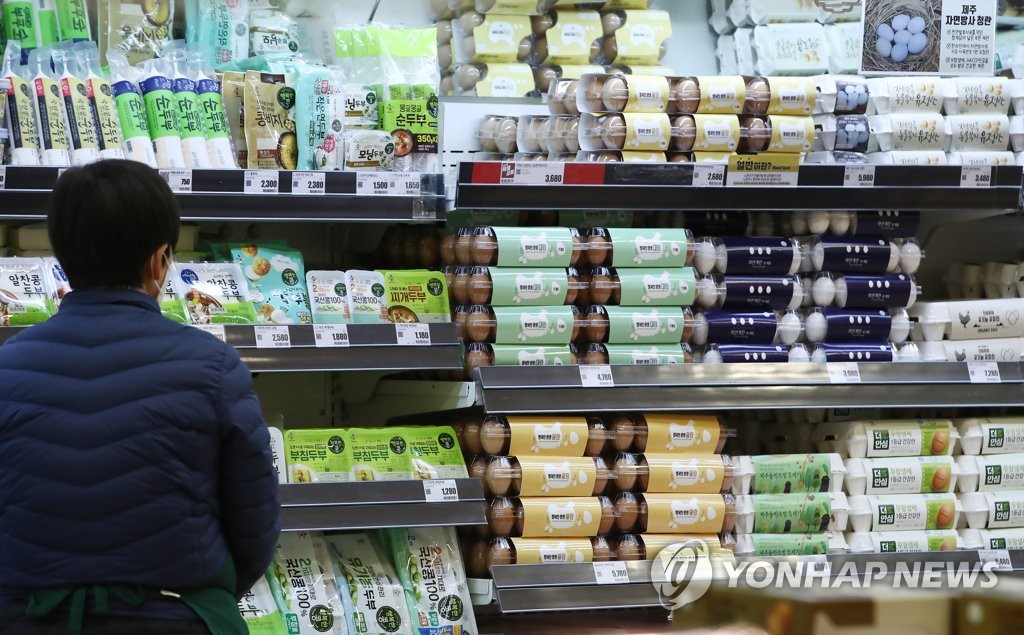 The number of layer chickens declined to the lowest in more than three years in the first quarter due to massive culling of poultry aimed at containing the spread of highly pathogenic bird flu, according to the statistics agency.

Egg prices have somewhat slowed after the Lunar New Year holiday in mid-February on the back of the increased egg imports, but they still remained some 38 percent higher than those of an average year, according to the ministry.

The country temporarily removed tariffs on imported egg products on Jan. 28 in a bid to ease a supply shortage caused by the outbreak of avian influenza.

The country's consumer prices rose 1.5 percent on-year in March, the fastest gain in 14 months, on higher prices of farm and oil products.

The government earlier said the growth of consumer inflation is expected to pick up in the second quarter.