In the film written and directed by Korean American Lee Isaac Chung, she portrays Soon-ja, an atypical foulmouthed grandmother of a family who starts a new life in rural Arkansas.

The film, based on director Chung's childhood memories, features the delicate dynamic between Soon-ja and her grandson David (Alan Kim), who doesn't like her at first sight because "She smells like Korea." 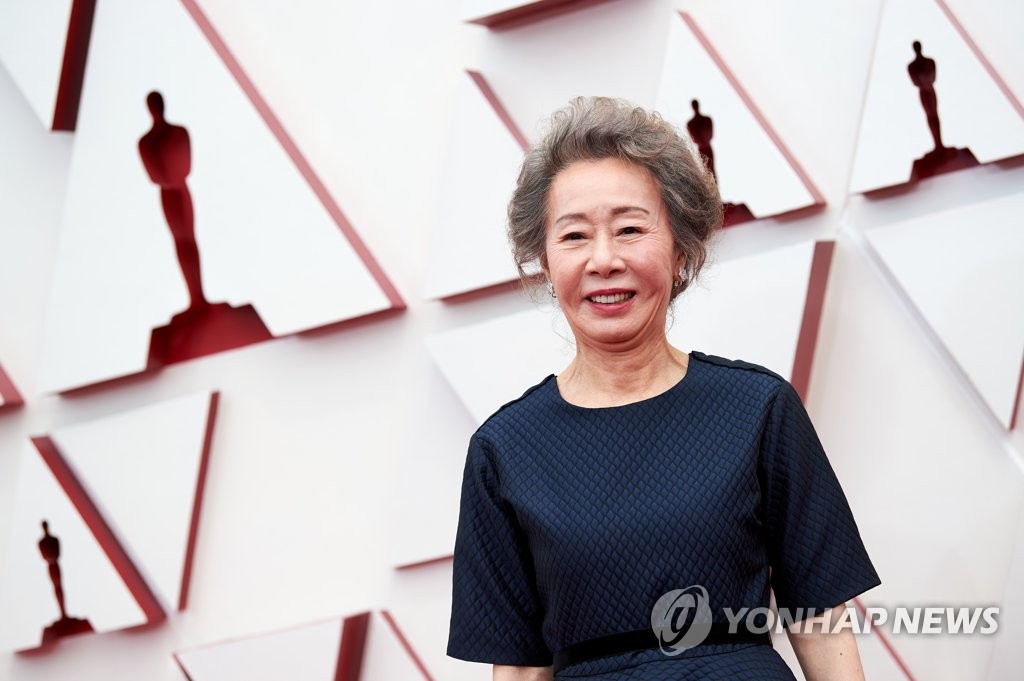 While "Minari" won rave reviews after winning two top prizes at the Sundance film festival last year, Youn's performance has caught the hearts of U.S. people, especially those in Hollywood, even though she speaks mostly in the Korean language in her first American movie.

She collected tens of best supporting actress awards and nominations from film festivals and critics' awards, including the Critics Choice Awards, the Screen Actors Guild Awards and the British Academy of Film and Television Arts (BAFTA) Awards, ahead of the Academy Awards.

The Oscar's four acting categories have been nearly out of reach of Asian actors during its 93-year history.

In the supporting actress section, in particular, only Miyoshi Umeki from "Sayonara" won the title in 1957. More than 60 years later, Youn became the second Asian actress to win the prize for a supporting role.

Youn's triumph also highlighted the decadeslong achievements of Korean actors on the international stage, especially in Europe, while the media spotlight has focused relatively more on directors like Bong Joon-ho and Park Chan-wook.

Back in 1987, actress Kang Soo-youn was the first South Korean thespian to win an award from a prestigious international film festival.

She won best actress for her leading role in "The Surrogate Woman," directed by Im Kwon-taek, at the 1987 Venice International Film Festival. 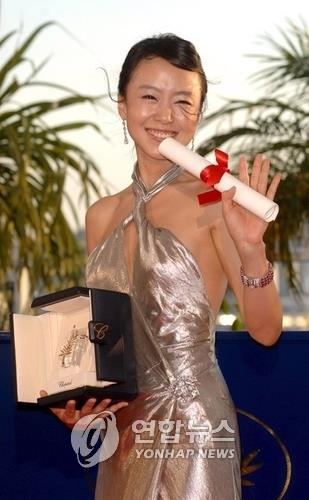 At the 2007 Cannes Film Festival, Jeon Do-yeon was granted the best actress award for her performance in Lee Chang-dong's "Secret Sunshine."

Jeon was also awarded the Golden Mulberry for Lifetime Achievement Award at the 21st Udine Far East Film Festival (FEFF) in 2019. She joined a group of East Asian movie heavyweights, like Jackie Chan, Joe Hisaishi and Brigitte Lin, who have received the FEFF lifetime achievement honor. 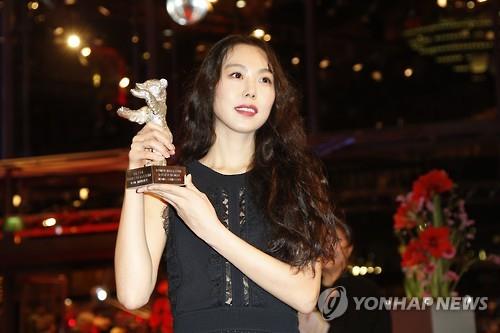 Actress Kim Min-hee was the third actress to win a trophy at a prestigious international film festival. Starring in "On the Beach at Night Alone" by Hong Sang-soo, she received the best actress honor at the 2017 Berlin International Film Festival.

In Japan last year, Shim Eun-kyung won best actress at the 43rd Japan Academy Film Prize Awards for her role in the Japanese-made film "The Journalist."

She became the first South Korean actor to clinch the honor at Japan's top film awards that launched in 1978.