SEOUL, April 23 (Yonhap) -- North Korea's official newspaper on Friday called on its people to rev up efforts to achieve the country's economic goals, urging them to learn from a 1950s campaign designed to promote rapid development after the Korean War.

The move comes as leader Kim Jong-un earlier this month called on the ruling Workers' Party to wage a tougher "Arduous March" to relieve its people of economic woes, pointing to the harsh period in the 1990s, when the country suffered from extreme poverty and massive starvation.

"Let us live and fight like the heroes of the Chollima Movement and the period of economic recovery around the 1950s," the Rodong Sinmun, the North's main newspaper, said. "The spirit of this period is required now more than ever."

North Korea launched the Chollima Movement in the late 1950s under the leadership of its founder Kim Il-sung as an economic campaign to rebuild its economy after the 1950-53 Korean War.

"Chollima" refers to an imaginary horse with wings that can travel at hundreds of kilometers in a single day.

The paper urged people to learn from the "fighting spirit" and self-reliance of the 1950s, when they "bravely dashed through any obstacles and challenges."

"An era of the most splendid triumphant in the toughest challenges, that is what we can call this post-war period and the period of the Chollima Movement," it said.

The article appears aimed at urging its people to work harder to achieve the country's economic goals amid challenges from prolonged sanctions and struggles to ward off the coronavirus.

During the eighth party congress in January, Kim admitted to a failure in his previous economic development plan and disclosed a new development scheme. 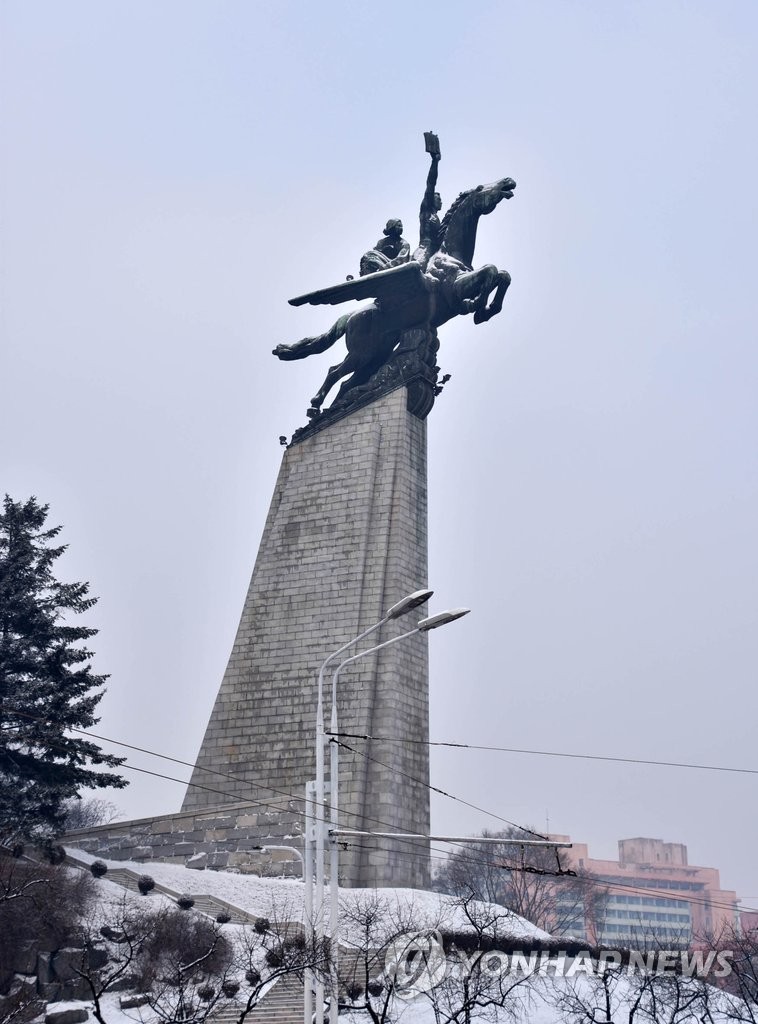