Net income came to 1.19 trillion won (US$1.06 billion) in the January-March period, up 27.8 percent from a year earlier, the banking group said in a regulatory filing.

Shinhan Financial Group said it posted the largest-ever net profit in the first quarter thanks to increased interest margins and brisk growth of non-bank subsidiaries.

Shinhan Financial Group's net interest margin (NIM), or the difference between interest paid and interest received, rose to 1.81 percent in the first quarter from 1.76 percent in the fourth quarter of last year. The NIM of flagship Shinhan Bank also increased to 1.39 percent from 1.34 percent over the cited period.

Shinhan Bank's net profit amounted to 656.4 billion won in the first quarter, up 4.8 percent from a year earlier, on the back of increased lending. 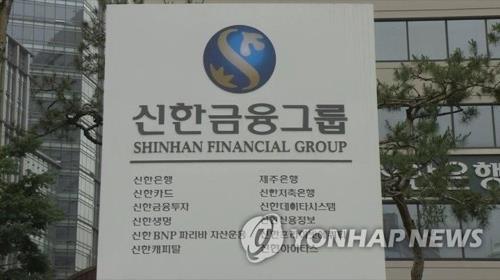