SEOUL, April 26 (Yonhap) -- About a year ago, few South Koreans likely imagined they would see their compatriots receive awards at the Oscars, one of the world's most prestigious cinema award shows, for two years in a row.

At the 93rd Academy Awards held both at Union Station and Dolby Theatre in Los Angeles on Sunday (U.S. time), veteran actress Youn Yuh-jung became the first South Korean actress to ever win an acting Oscar in her country's 102-year cinema history.

She captured the best supporting actress title for her role as the grandmother in the immigration film "Minari," written and directed by Korean American Lee Isaac Chung.

Moreover, the 73-year-old thespian is the third-oldest actress to win in the category in the 93-year history of the Academy Awards, following Peggy Ashcroft, who was 77 years old when she was honored for "A Passage to India" in 1985, and Josephine Hull, 74, for "Harvey" in 1951. 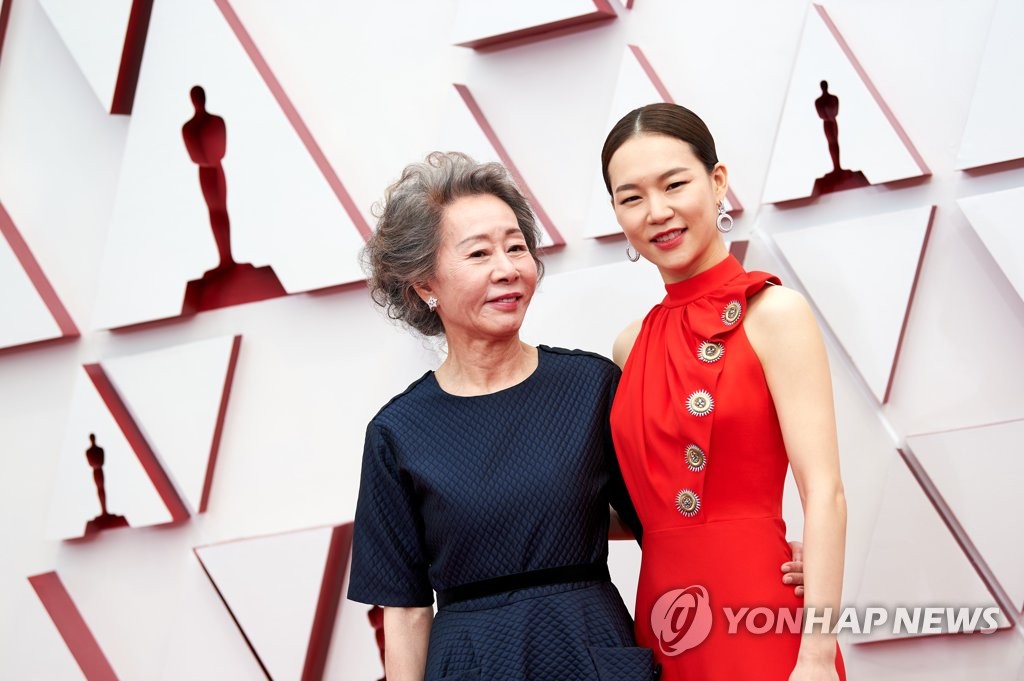 Even in the run-up to the Oscars, Youn's every step has been unprecedented.

For her turn as the untraditional, foulmouthed grandmother in "Minari," a project made by Korean Americans including director Chung and actor Steven Yeun, she has attracted acclaim and critics' awards, including one from the Los Angeles Film Critics Association.

At the U.S. Screen Actors Guild (SAG) Awards on April 4, she was named the winner of Outstanding Performance By a Female Actor in a Supporting Role, becoming the first South Korean actor to win the individual acting category in the awards given by Hollywood actors. 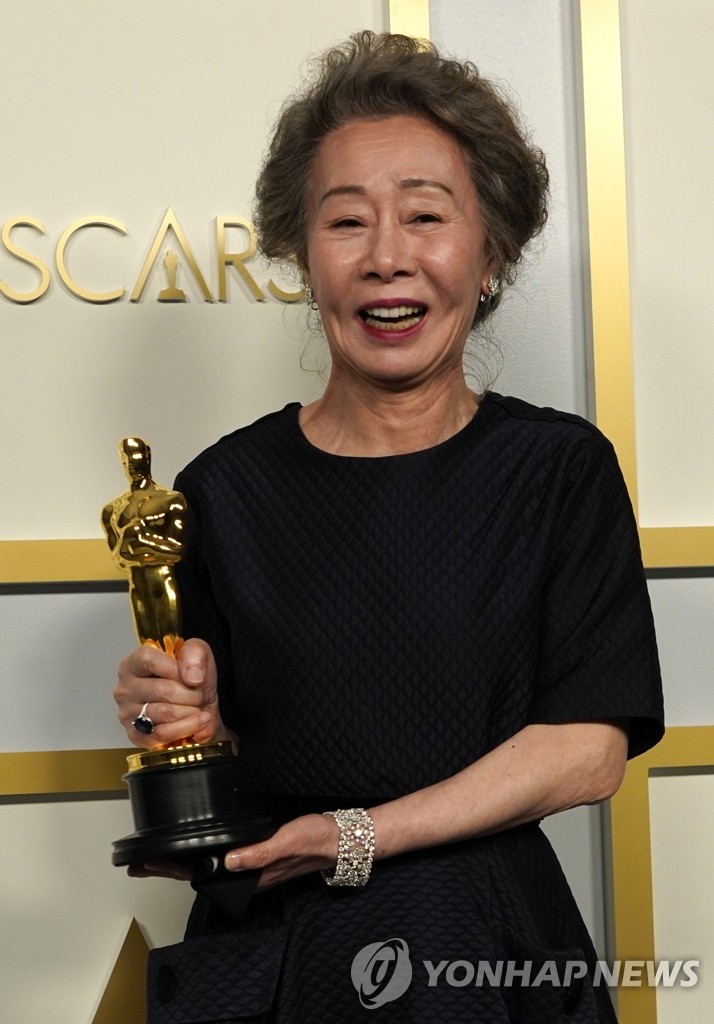 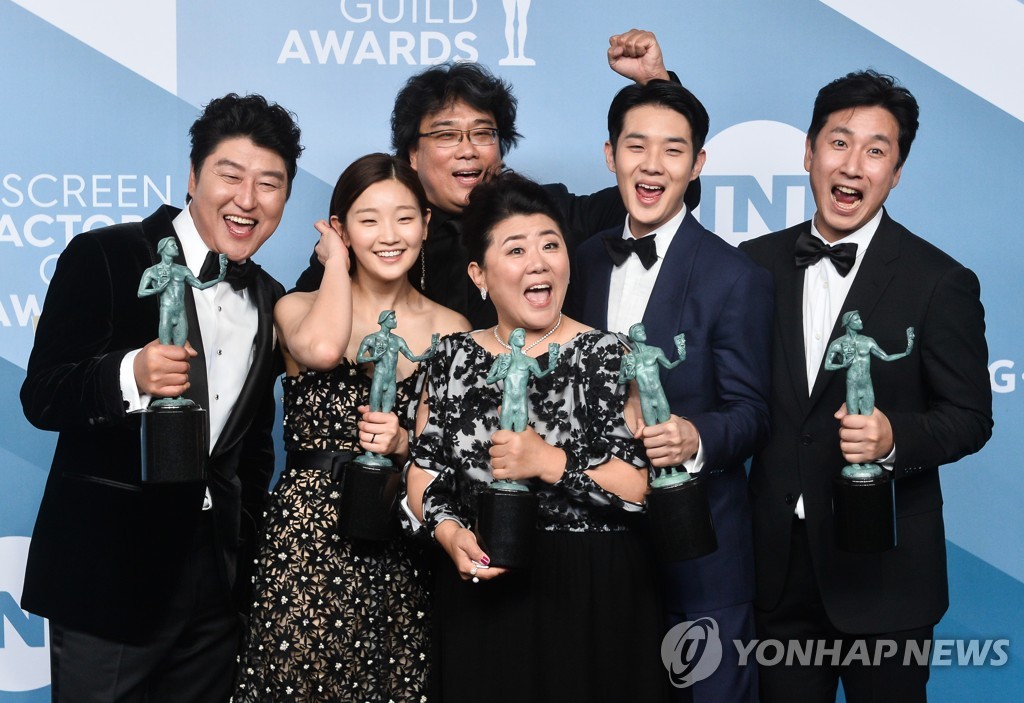 Last year, the cast of the Oscar-winning "Parasite" clinched SAG's top prize, Outstanding Performance by a Cast, or best ensemble, but none of the actors were even nominated in other acting categories. 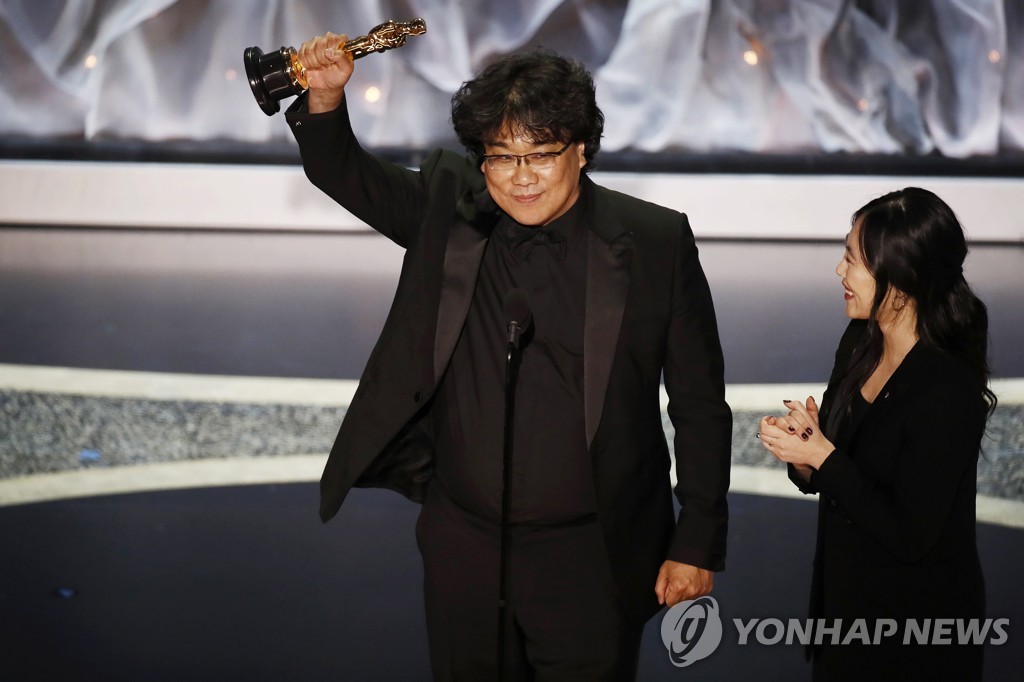 Bong's seventh feature film made history as the first foreign-language film to win the Oscar's grand prize in the event's history.

It is also the second subtitled movie to capture the best directing and best international feature film prizes at the same time, following Alfonso Cuaron's "Roma" the previous year.

Moreover, Bong is the second Asian director to win the Academy's best directing award, after Taiwan's Ang Lee for "Brokeback Mountain" (2005) and "Life of Pi" (2012), and is the first Asian writer to be awarded best original screenplay for his non-English script.

Bong also attended this year's Academy Awards as a presenter.