Net profit for the January-March period soared to 603.3 billion won (US$539 million) from 348.8 billion won a year ago, the company said in a statement.

"In particular, strong demand for high-end components used in electric vehicles gave a boost to the bottom line, with sales of EV components exceeding 1 trillion won for a third straight quarter (through the first quarter)," the statement said. 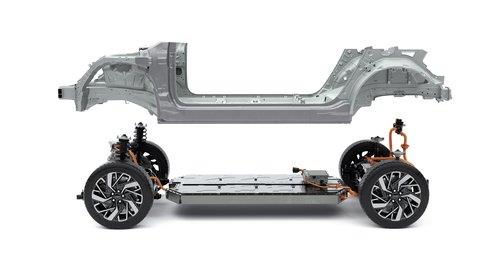 Sales in the EV parts division were up 64 percent to 1.15 trillion won in the first quarter from a year earlier.

Hyundai Mobis aims to win $2.88 billion worth of overseas parts orders for the year. In the first three months, it achieved $436 million won worth of orders.

The company expects its bottom line to improve further this year as it began to supply core components to Hyundai Motor Group's own EV-only electric-global modular platform (E-GMP).