Pak told Yonhap News Agency that she received a positive coronavirus test result Saturday morning after having come into contact with an infected musical actor during an online broadcast earlier this week.

"I was told that an actor who joined me in a broadcast on April 21 tested positive for the coronavirus on April 23. I immediately took the coronavirus test and was given the positive result this morning," she said in the telephone call.

"I'll put myself under self-isolation in compliance with authorities' guidelines and all broadcasting staff members and others who might have come into contact with me plan to take the coronavirus tests," she said. 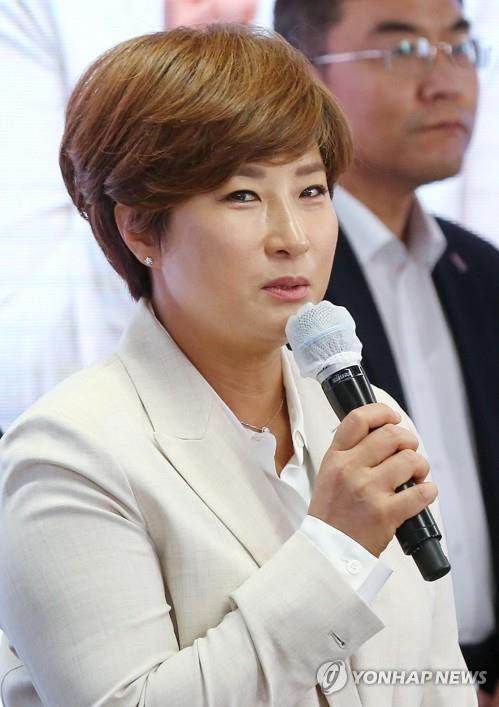 Pak reportedly met with musical actor Son Jun-ho during an online broadcast show titled "Naver NOW Serizabeth" on Wednesday. Son who appeared as a guest on the show hosted by Pak was diagnosed with COVID-19 on Friday.

She expressed regret at causing concern to the public and said she will return as a healthy person.

The 43-year-old won 25 titles, including five majors, during her trailblazing LPGA career. She exploded onto the LPGA scene in 1998, capturing two majors en route to winning the tour's Rookie of the Year award. Her signature victory came at the 1998 U.S. Women's Open, where she became the youngest champion in tournament history at that point at age 20.

Pak is credited with inspiring a whole generation of South Korean golfers who went on to dominate the tour, including LPGA Hall of Famer Park In-bee.