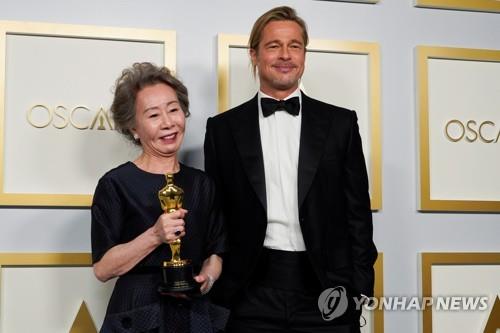 After taking the stage for an acceptance speech, Youn first greeted Brad Pitt, the winner of best supporting actor last year, who called her name.

"Mr. Brad Pitt, nice to meet you finally," she told the actor in English, who is also the founder and owner of Plan B, the production company behind "Minari." "Where were you while we were filming?"

And she went on to express gratitude to her fellow cast.

"Thank you. Tremendous thanks to the academy members who voted for me," she said. "Thank you, wonderful 'Minari' family, Steven (Yeun), (Lee) Isaac (Chung), (Han) Yeri, Noel (Kate Cho) and Alan (Kim). We became a family."

She said she cannot believe that she is accepting an Oscar as she has watched the Academy Awards on TV for decades in Korea.

She also gave special thanks to director Chung, who wrote his fourth feature "Minari" based on his childhood memories and was nominated for best director and best original screenplay this year.

"Most of all, above all, (I want to thank) Lee Isaac Chung. Without him, I couldn't be here," she said. "He was our captain, and my director. Tremendous thanks to you."

The 73-year-old Korean actress said her honor is the result of "American hospitality" for a Korean actor, and she wants to share the glory with the four other nominees.

"I'd like to dedicate this award to my first director, Kim Ki-young, who was a very genius director. I made my first movie with him," she said. "He would be very happy if he is still alive." 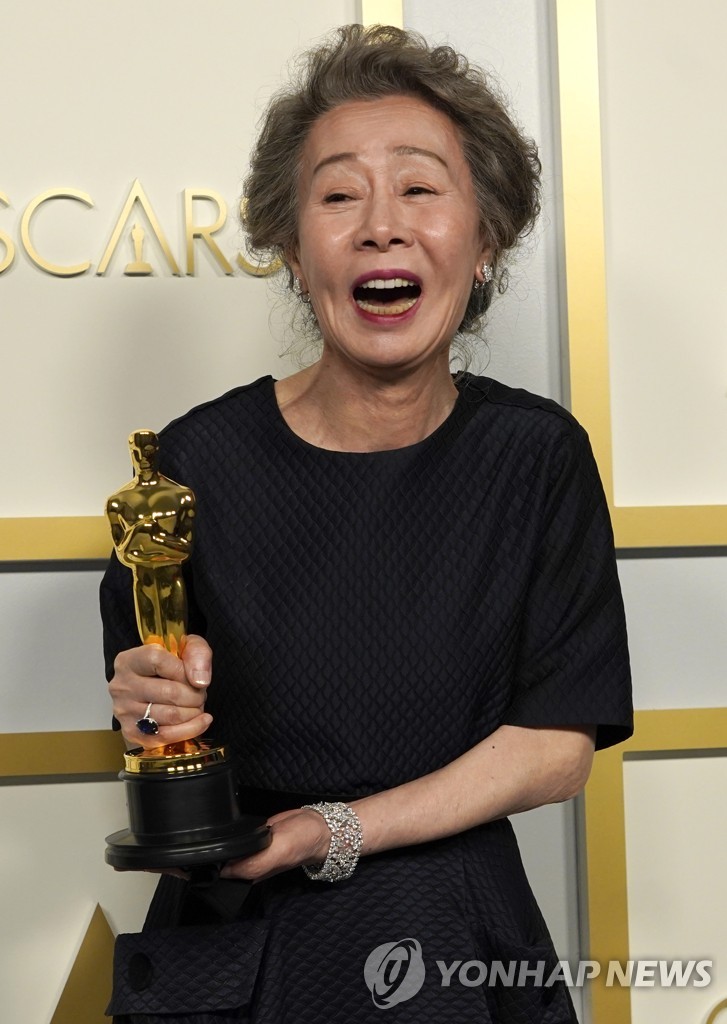 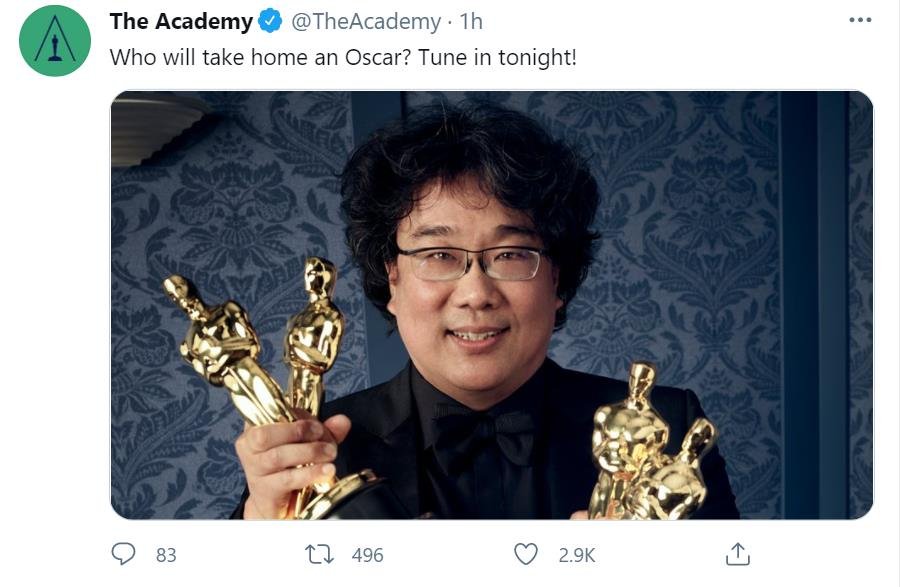 The best actor award went to Anthony Hopkins for "The Father," while Daniel Kaluuya for "Judas and the Black Messiah" took the honor of best support actor.

Director and writer Emerald Fennell won best original screenplay for "Promising Young Woman," and the best adapted screenplay prize was given to Florian Zeller of "The Father."

Meanwhile, "Parasite" director Bong, the winner of last year's best directing Oscar, presented the award for this year from Seoul. In a pre-recorded video, he introduced the five nominees in the category -- Thomas Vinterberg for "Another Round," David Fincher for "Mank," Lee Isaac Chung for "Minari," Chloe Zhao for "Nomadland" and Emerald Fennell for "Promising Young Woman."

In the ceremony's "In Memoriam" segment, a tribute to filmmakers and artists who departed the world last year, South Korean director Kim Ki-duk was among those honored, including Chadwick Boseman, the posthumous nominee for best actor for "Ma Rainey's Black Bottom."

The 59-year-old director, who had several award-winning titles, including "Pieta," the Golden Lion winner at 2012 Venice, under his belt, died from COVID-19 complications in Latvia in December last year.