The pope made the remarks during a meeting in the Vatican with Lazarus You Heung-sik, who heads the Daejeon diocese, saying the Korean people have been suffering the pain of living separated for 70 years, the bishop told Yonhap News Agency.

The pope said he will visit North Korea if relevant preparations are completed, according to the bishop.

The pope has expressed a willingness to visit the North before.

A papal trip to Pyongyang gained traction in 2018 amid a peace mood created by three inter-Korean summits and a historic meeting between North Korean leader Kim Jong-un and then U.S. President Donald Trump.

In October of that year, South Korean President Moon Jae-in paid a courtesy call to the pope and delivered a verbal invitation from Kim. The pope said at the time he was willing to visit the North if Pyongyang sends him an official invitation.

No further progress, however, has been made since a no-deal summit in Hanoi in 2019 between Kim and Trump.

Meanwhile, the pope expressed appreciation for a Daejeon diocese-initiated vaccine sharing campaign by which US$460,000 has been donated to the Holy See, according to You. 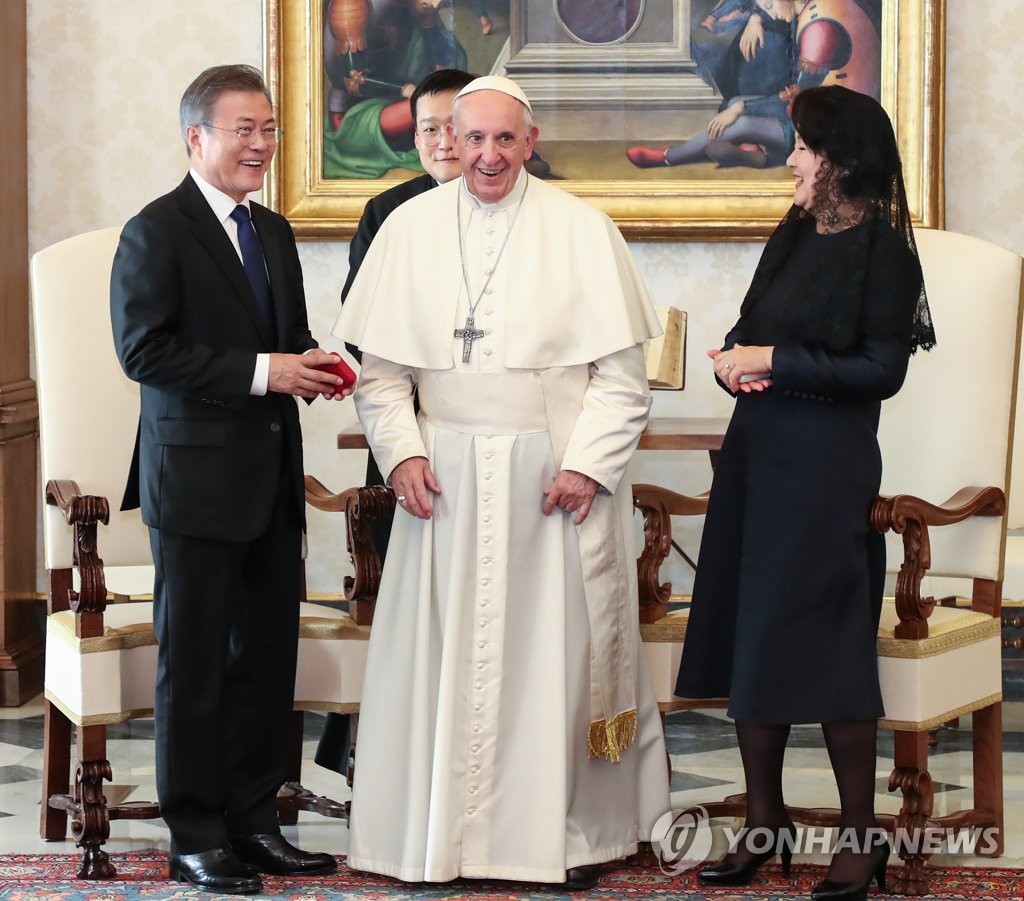