(ATTN: RECASTS throughout with details; ADDS byline and photo)
By Kim Kwang-tae

SEOUL, April 26 (Yonhap) -- POSCO, the world's fifth-largest steelmaker by output, said Monday that its first-quarter net profit soared 162 percent from a year earlier on robust demand amid the global economic recovery from the COVID-19 pandemic.

Net profit for the three months that ended in March soared to 1.13 trillion won (US$1.02 billion) from 434.7 billion won a year ago, the company said in a regulatory filing.

Operating profit for the January-March quarter jumped to 1.55 trillion won from 705.3 billion won during the same period of last year, the company said. 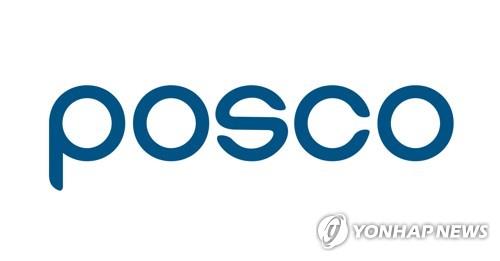 Operating profit was 11.6 percent higher than the average estimate, according to the survey by Yonhap Infomax, the financial data firm of Yonhap News Agency.

It marked the highest quarterly operating profit since the steelmaker reported 1.7 trillion won in the second quarter of 2011.

The hike came as POSCO raised prices of its products amid strong demand for steel used in cars, ships and construction.

POSCO also said its good performance in a business related to electric vehicle (EV) batteries gave a boost to the quarterly bottom line.

Earlier this month, POSCO announced its plan to build a plant in the southern industrial city of Gwangyang by 2023 to extract lithium hydroxide, a key material for EV batteries.

The plant, on which construction is set to begin in the first half of the year, will have an annual production capacity of 43,000 tons of lithium hydroxide, which is enough to manufacture about 1 million electric vehicles.

In February, POSCO Chemical Co., an affiliate of POSCO, announced its plan to invest 275.8 billion won to expand its production capacity of cathodes, a key component of EV batteries.