In a public message, Acting Prime Minister Hong Nam-ki sought to allay public concerns about a shortage of vaccines and slow progress in the vaccine rollout as the country is bracing for another wave of infections.

Over the weekend, South Korea clinched a deal with U.S. pharmaceutical giant Pfizer to import additional vaccines for 20 million people.

With the latest deal, the country has secured 192 million doses in total, enough to inoculate 99 million people, an amount almost double the nation's 52 million population.

"With the latest deal with Pfizer, the country has laid the ground for advancing the timetable of herd immunity. We've also prepared for expanding vaccinations to those under 18 and booster shots in response to virus variants," Hong said.

Since South Korea began its vaccination campaign on Feb. 26, a total of 2.26 million people, or 4.4 percent of the 52 million population, have got at least their first shots. 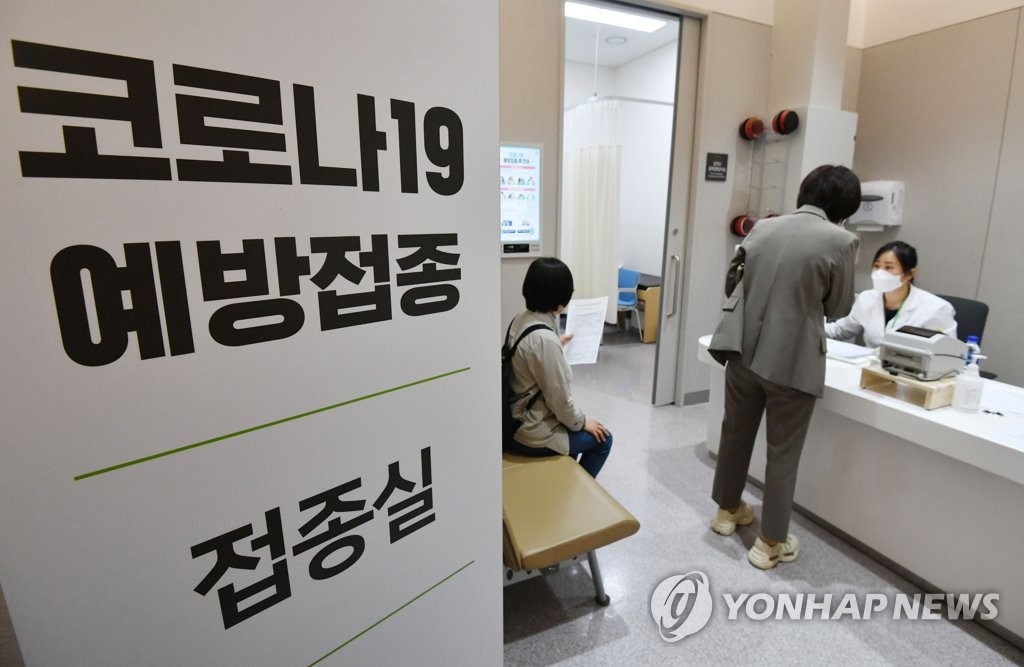 The country aims to vaccinate 3 million people by this month and 12 million by end-June, with a goal of attaining herd immunity by November.

"The country plans to pump up efforts to vaccinate 1.5 million people per day by May," Hong said.

Public anxiety about COVID-19 vaccines increased in recent weeks over safety concerns, and the country has witnessed spiking virus cases amid the fast spread of highly contagious variants and a global shortage of vaccines.

Mindful of security concerns, the country has been administering AstraZenaca and Pfizer shots to people in specific groups, including patients and workers at long-term care hospitals and those age 75 and older.

The number of daily virus cases shot up to near 800 last week on sporadic cluster infections after staying in the 300-400s in March. The country reported 500 more cases Monday, raising the total to 119,387, due to fewer weekend tests.