SEOUL, April 26 (Yonhap) -- Unification Minister Lee In-young on Monday stressed the importance of inter-Korean cooperation in the forest sector, saying it will eventually benefit the people of the two Koreas by reducing carbon emissions on the Korean Peninsula.

Lee made the remarks in a speech during a tree-planting event at the Inter-Korean Cooperation Center on Forestry that opened in the border town of Paju last June, saying that such cooperation will also accelerate Seoul's objective to become "carbon neutral" by 2050.

"Forests and trees to be restored through inter-Korean cooperation would serve as a new means for carbon absorption on the Korean Peninsula and prepare us for damage from flooding and landslides expected to worsen due to climate change," Lee said. "The benefits will go to all the people of the South and the North."

"Furthermore, forestry cooperation will help pave the way for building a community of life and safety on the Korean Peninsula, while at the same time speeding up the objective to become carbon neutral by 2050 that the president announced last October," he added.

South and North Korea agreed on forestry cooperation during a summit in 2018 that included joint efforts on combating deforestation, conducting research on seedlings and other countermeasures against natural disasters.

Little progress, however, has been made with inter-Korean relations stalled amid a stalemate in denuclearization talks.

North Korea is known to be facing severe deforestation issues, which have rendered the country vulnerable to flooding and landslides. 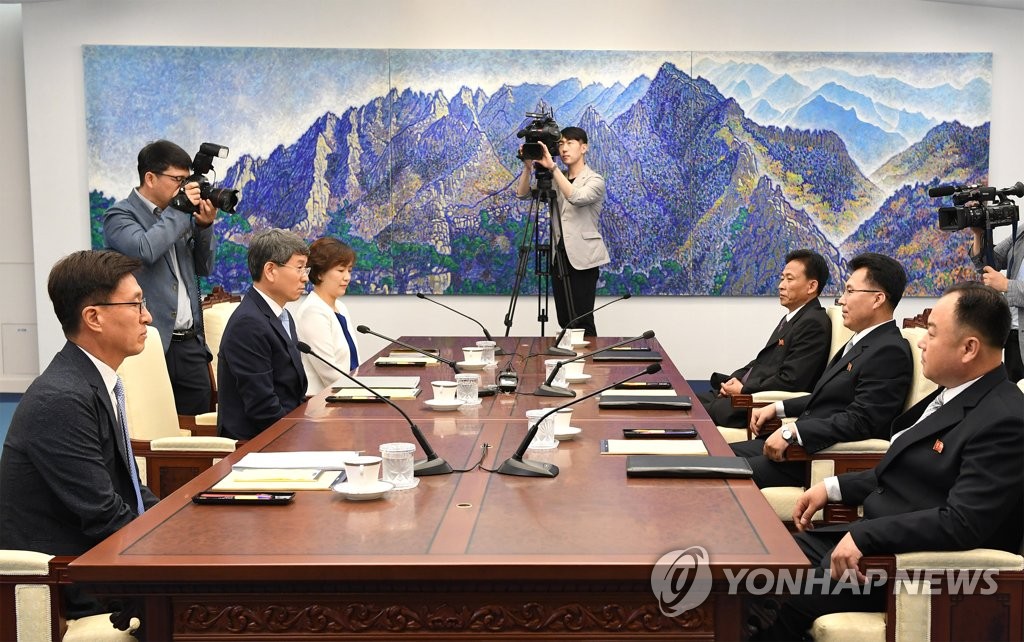