SEOUL, April 26 (Yonhap) -- Youn Yuh-jung, who became the first South Korean to hoist an acting Oscar on Monday, said she has no big plans for the future but hopes to continue acting throughout her life.

"I have no plan. I'll continue to live (on as I have). It's not that Youn Yuh-jung becomes Kim Yo-jong with an Oscar win," she told South Korean correspondents in a news conference held at the country's consulate general in Los Angeles that was broadcast here.

She apparently referred to North Korean leader Kim Jong-un's powerful younger sister whose given name is pronounced the same way in Korean.

"But there's one thing I decided long ago. It's difficult to memorize the lines as I get old, and I hate being a nuisance. So until I can refrain from being a nuisance, I thought it would be great if I could do this until death." 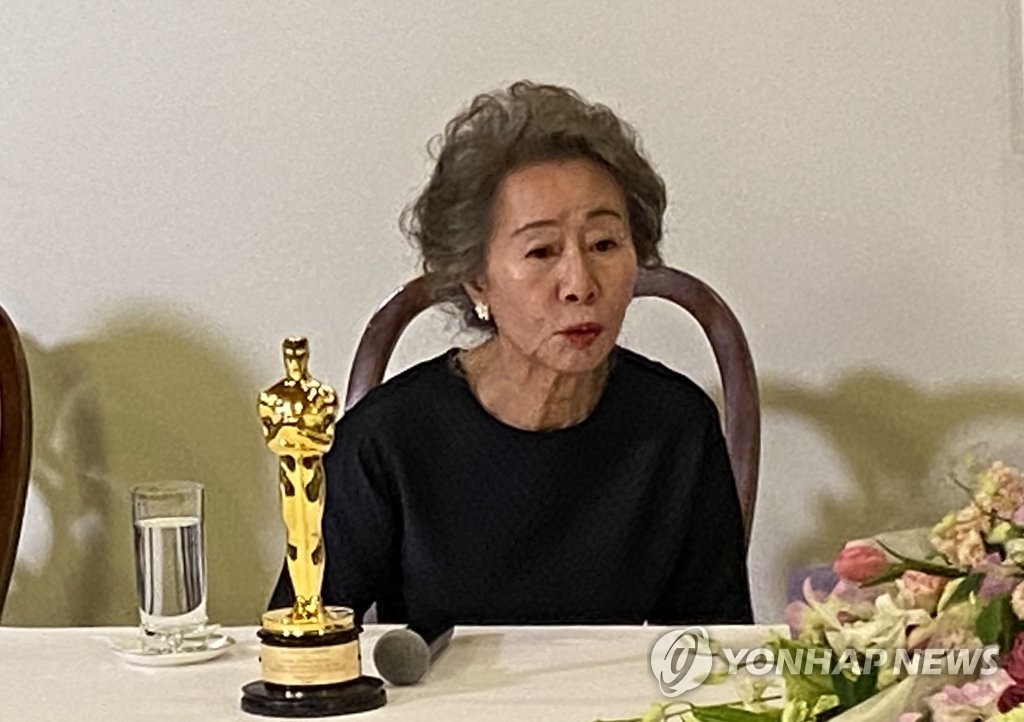 The screen veteran, who took the role of eccentric grandmother Soon-ja in the immigrant film "Minari," said this sense of not wanting to cause inconvenience for others has provided a constant drive for her acting.

"My acting philosophy began from a sense of inferiority. I'm not someone who appeared in plays or majored in acting. I was just working part time, and I know my shortcomings, so my focus was to properly memorize (the lines) and to not cause damage to other people," she said.

"Later on, I also realized that you need to be desperate. I acted since I was desperate; I needed to make ends meet," she said, before quoting the phrase, "How to get to Broadway? Practice," in English.

The veteran star, who has appeared in an array of boundary-breaking roles, said she was instantly drawn to "Minari" after reading its script, citing its genuineness.

"Since I've read scripts for a long time, I know it's real or not. This was so pure, serious and real. It was written so sincerely and touched me."

"He's younger than my son but so calm ... Controlling scores of people at a production scene is crazy, but he does it so calmly, without insulting anyone and instead respecting people ... I told him I respect him." 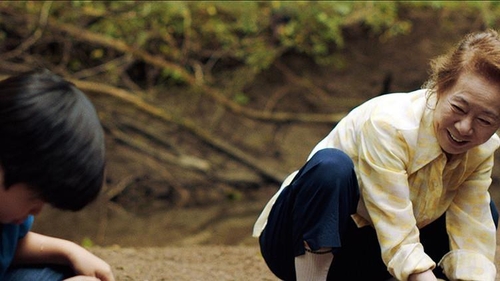 Youn, who appeared to be her humorous self throughout the news conference, however, said the process of taking part in the competition amid nationwide support and attention for the country's first win in the coveted awards was "not fun."

"It was a level of stress I've never felt before. It wasn't fun," the veteran actress said.

"I'm grateful I could return (the nationwide support) by winning. ... Being nominated itself was an honor, and I really didn't think about winning, but I wondered how it'd be if I fail to win. I felt like an athlete and thought how tough it must have been for (the football players) in the 2002 World Cup games or for Kim Yu-na."

When asked if she's living her life's best moment, Youn said she has no interest in being the best.

"There's nothing like a best moment. I don't like the word 'best.' ... Can't we all be in the middle and coexist?" she questioned, joking if this would label her as a socialist.

"I'm not sure if it's the best moment. The Academy is not everything." 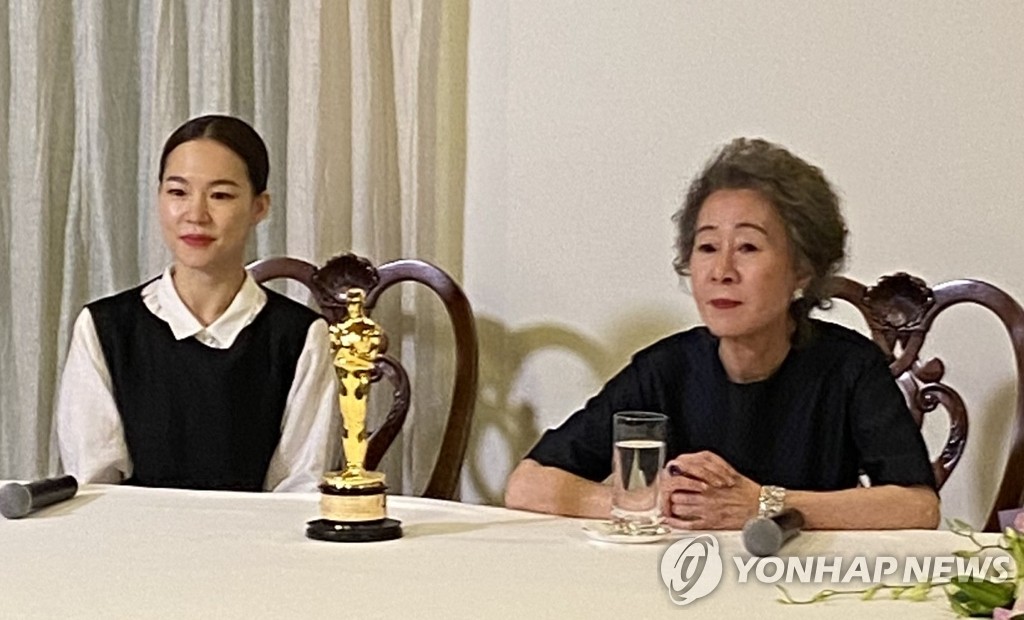