SEOUL, April 26 (Yonhap) -- Youn Yuh-jung won the hearts of Hollywood with her iconic, lovely and foulmouthed grandmother Soon-ja in "Minari," which follows a Korean immigrant family who starts a new life in rural Arkansas in the 1980s.

The movie, directed and written by Korean American Lee Isaac Chung based on his upbringing in the American heartland, has won critical acclaim for its well-rounded plot and balanced performance of its cast including Youn, Steven Yeun as father Jacob and Han Yeri as mother Monica.

In particular, Youn has collected more than 30 best supporting actress awards from U.S. film critics circles over the past few months. Finally, she was awarded Best Actress in a Supporting Role at this year's Academy Awards, becoming the first South Korean to win an acting Oscar. 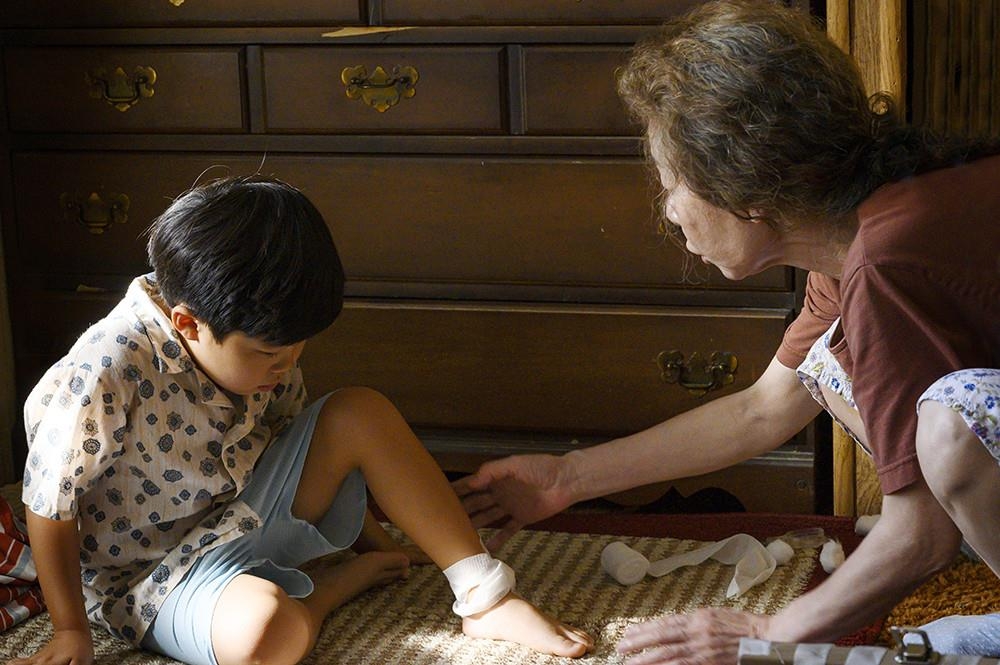 Youn's character, Soon-ja, is a warm-hearted mother to Monica, who is tired of cultivating a new life in the rural area and taking care of two kids, including her son David who suffers from heart murmur.

When coming to the United States to look after the children, Soon-ja brings packages of Korean food and ingredients like chili pepper and dried anchovies, which all Korean mothers would love to have.

She encourages and cheers up her daughter who feels sorry about letting her stay in a trailer home on vast inhabited land. 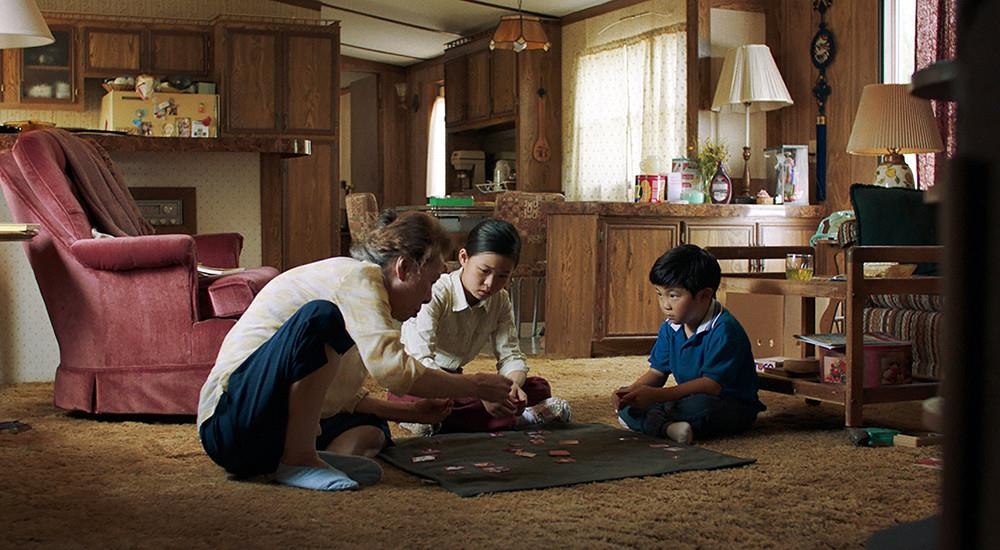 Soon-ja, who looks like grandmothers widely seen in Korea, does not hesitate to go to America to help her daughter, with hands full of Korean food, even though she cannot speak English.

And she lets her grandson sleep on the bed, while she lies on the floor.

"Korean grandmothers would never take over the bed from the grandson who is ill," Youn said in a press conference in Seoul.

Her own experience of living in the U.S. might have helped her portray the character of Soon-ja in "Minari." She moved to America after marrying popular singer Cho Young-nam in 1974 and lived for about 10 years in St. Petersburg, Florida, with two America-born sons.

But as time goes by, Soon-ja and David get closer to each other, and the pair's delicate dynamic leads the storyline and provides many of the movie's laughs and emotions.

"Parasite" director Bong Joon-ho said Soon-ja is the most lovely and unforgettable character among all roles Youn has acted for the past 50 years.

American magazine Forbes said in a recent report that Youn's performance in "Minari" is "unforgettably humorous and endearing," with her 50-year career playing a role in helping the South Korean screen veteran achieve a milestone in Hollywood.

Youn said director Chung, who created Soon-ja based on his grandmother, had asked her to create her own character instead of imitating his grandmother.

"When I first met Isaac, I asked him if I had to imitate his grandmother. But he said I didn't have to," the actress said earlier in a local interview. "Soon-ja is a new character that Isaac and I made together." 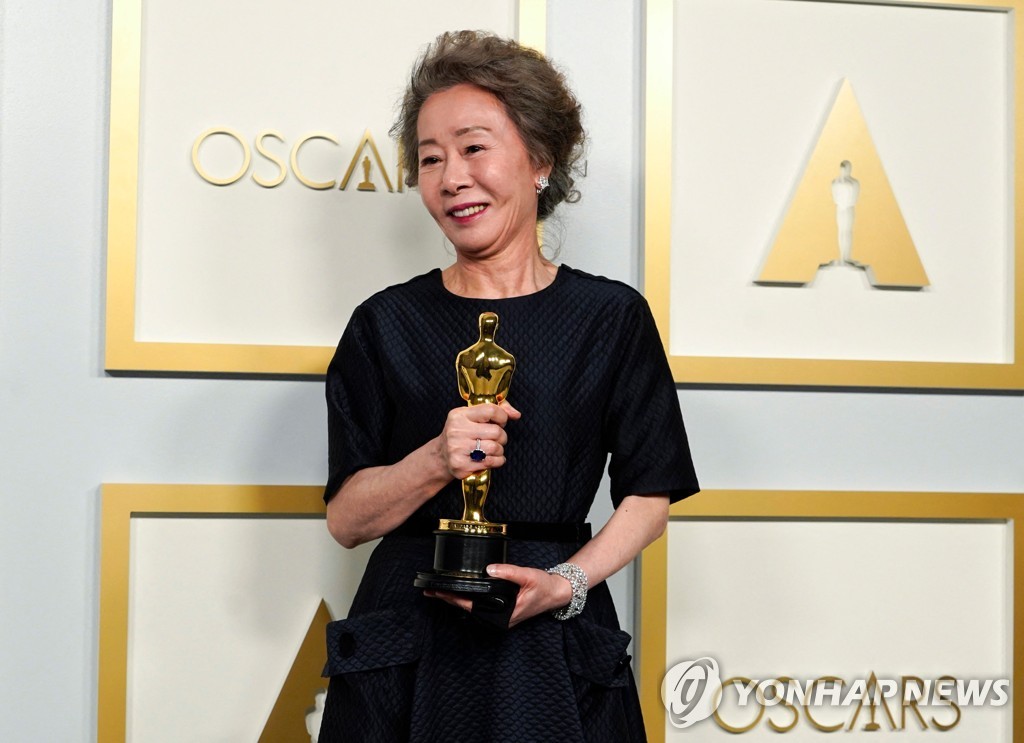 Youn's previous untypical grandma characters in recent projects are also credited with her interpretation of Soon-ja.

She starred as an elderly prostitute who helps old aged people kill themselves in the drama film "The Bacchus Lady" (2016) and as a female diver native to Jeju Island who lives with her granddaughter after 12 years of separation in "Canola" (2016).

In the crime thriller "Beasts Clawing at Straws" (2020), Youn portrayed a mother suffering Alzheimer's, and she played an illiterate elderly landlady who cares for a failing filmmaker in "Lucky Chan-sil" (2020). 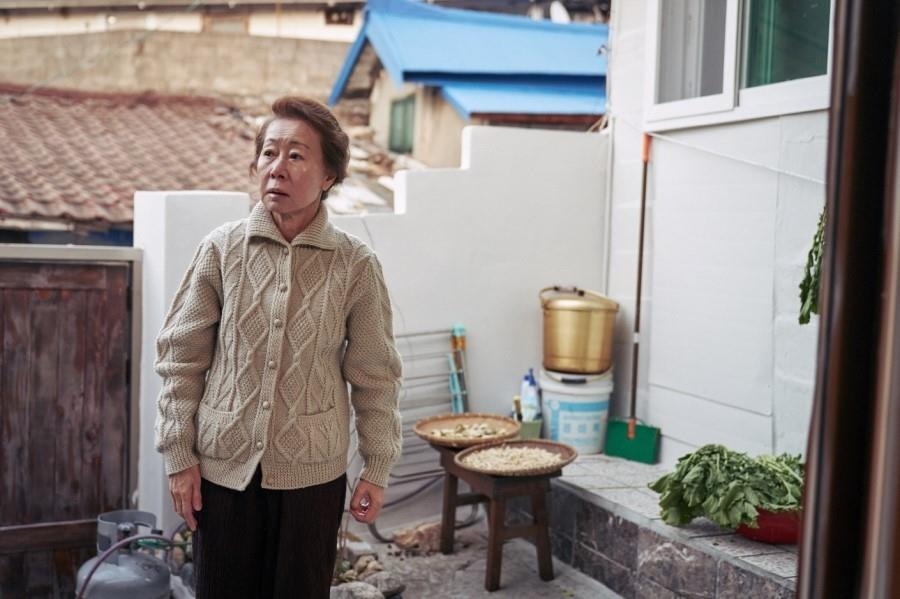