The ministry on Monday completed setting up a conference room specifically designed to hold negotiations with the North via a video system in Seoul amid efforts to restart dialogue during the coronavirus pandemic.

"North Korea has the technical capability, and there is no problem at all in connecting the two Koreas as long as we adjust the equipment in transmitting and receiving video images to be compatible with one another," the official said.

The official pointed out that the Rodong Sinmun, the North's main newspaper, earlier reported several times that the country has already developed a videoconference system.

The videoconference room set up in the Office of the Inter-Korean Dialogue took nearly two months to build with a budget of 400 million won (US$360,000). 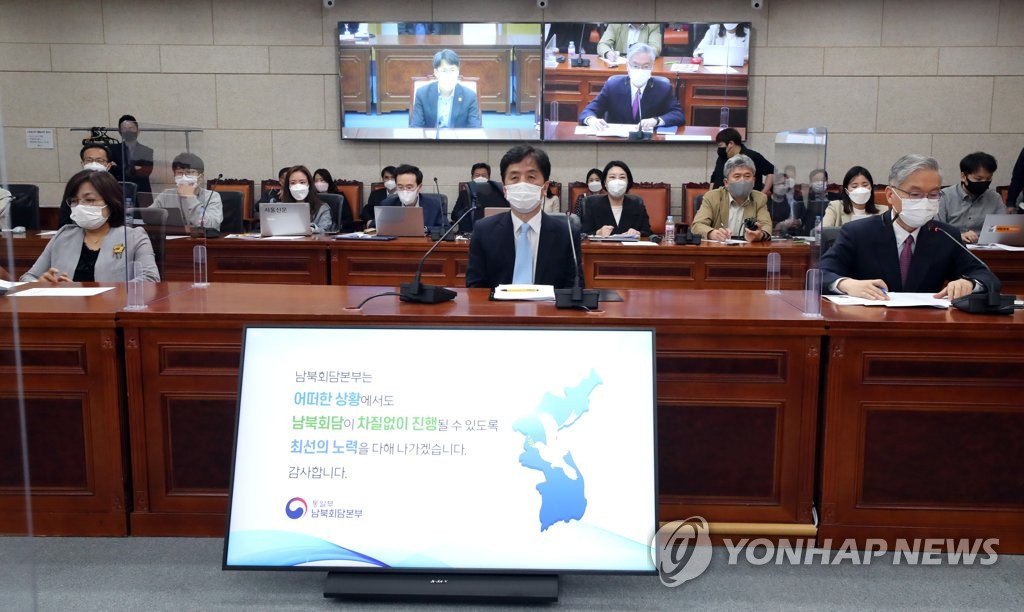