Suh made a phone call to Indonesian Defense Minister Prabowo Subianto and voiced his "heart-felt" condolences over the deaths of the KRI Nanggala-402 submarine's crew members, the defense ministry here said.

Suh also told his Indonesian counterpart that the South Korean military, if needed, will provide its utmost assistance in the ongoing search operation over the sinking of the submarine.

The Indonesian minister, in response, said he felt "deep friendship" over Suh's message of consolation and offer of search assistance, according to the ministry here.

The wreckage of the Indonesian Navy submarine, which went missing last week, was found on the sea floor Sunday, a day after its debris was spotted near its last reported location in the Bali Strait. The submarine was reported to have been broken in at least three pieces, and all the 53 crew members aboard the vessel were announced dead. 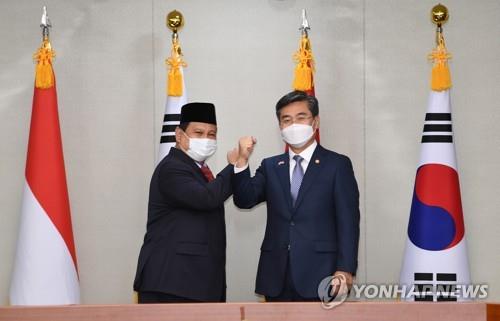