SEOUL, April 27 (Yonhap) -- South Korea's economy expanded at a faster-than-expected pace in the first quarter, buoyed by a modest recovery of exports and fiscal policy support, amid signs that the economy is inching closer to pre-pandemic levels, the Bank of Korea (BOK) said Tuesday.

Gross domestic product expanded 1.8 percent in the three months ended March 31 from a year ago, the BOK said. On a quarterly basis, Asia's fourth-largest economy expanded 1.6 percent, accelerating from a 1.2 percent expansion in the final quarter of last year.

The annual growth was higher than a market consensus. A recent poll by Yonhap Infomax, financial news arm of Yonhap News Agency, expected the nation's economy to grow 1.23 percent in the first quarter from a year ago.

The growth was partly supported by a recovery in private consumption in the first quarter, the BOK said in the statement. 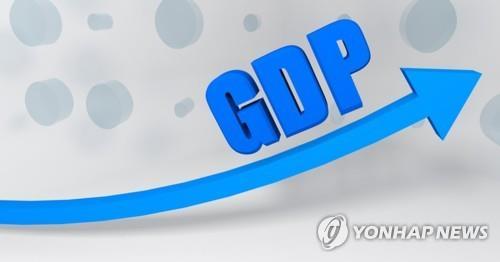 Facility investment jumped 12.4 percent in the January-March period from a year ago, when the economy grappled with the pandemic crisis.

The BOK has projected the economy to grow 3 percent this year. The International Monetary Fund recently raised its growth outlook for South Korea this year to 3.6 percent.

A gradual recovery in exports is expected to help South Korea's economy grow at a faster-than-expected pace, but a looming fourth wave of COVID-19 infections is likely to weigh on the economy.

"A strong revival in exports powered South Korea's rebound through the second half of 2020," Moody's Analytics said in a recent note. "While this trend has largely held up through early 2021, domestic demand came under pressure as renewed restrictions weighed on the labor market and eroded consumer sentiment." 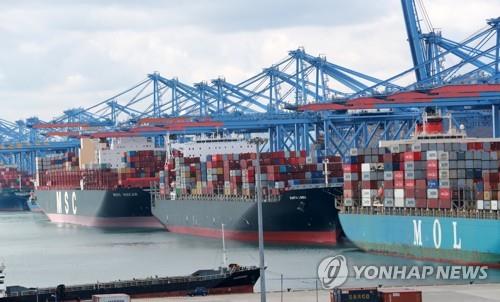 Exports hit a record high in the first quarter as shipments of chips and autos remained robust amid the pandemic, according to the Korea Customs Service.

Overseas shipments stood at $146.5 billion in the first quarter, up 12.5 percent from a year earlier and the largest-ever quarterly amount.

In the first 20 days of April, the country's exports jumped 45.4 percent on-year on strong shipments of chips and autos.

BOK Gov. Lee Ju-yeol has said South Korea's growth rate for this year will likely be above the bank's previous prediction and reach the mid-3 percent range.

In late April, the central bank projected the local economy to expand 3 percent on-year in 2021, with its consumer prices increasing 1.3 percent.

With the BOK slated to unveil its revised growth forecast in May, a BOK official said there is a high likelihood of the central bank upgrading its outlook to reflect brisk exports and investment, America's increased stimulus and the effect of South Korea's extra budget.

Finance Minister Hong Nam-ki said Asia's fourth-largest economy may grow at a rate in the 3.5-3.9 percent range this year, led by robust exports and improving domestic demand. The Korean government earlier forecast the economy to grow 3.2 percent in 2020.