K-pop boy band Enhypen, which debuted late last year, shrewdly put together the feelings they went through over the past few months in their second EP "Border: Carnival."

The six-track album, which includes an intro and outro, as well as the main track "Drunk-Dazed," weaves the confusion and spectacles of entering the glitzy yet competitive K-pop industry.

"I went through an array of interesting feelings. It was hectic since we were in an unfamiliar environment, but there was also a feeling of taking part in a spectacular festival, like a carnival," member Hee-seung said in a media showcase in central Seoul late Monday.

Jung-won explained that the new EP is a sequel to their debut EP "Border: Day One."

"The two are connected through the 'Border' series. 'Day One' focuses on the deep feelings of us on the threshold of being trainees and artists, while 'Carnival' is more on the feelings we felt after our debut." 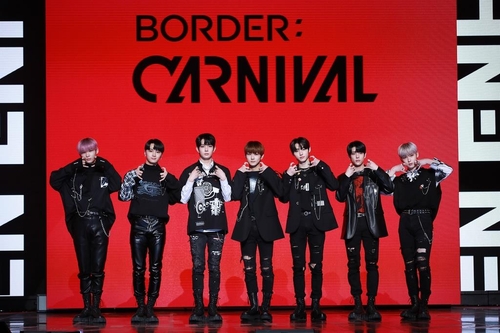 Enhypen is one of the few new K-pop acts that have built a solid career. The seven-piece act -- Jung-won, Jake, Jay, Hee-seung, Sung-hoon, Ni-ki and Sunoo -- was created through the survival program "I-Land" co-produced by industry giants CJ ENM and Hybe.

Viewers from more than 180 countries took part in the vote, and the buzz has continued on social media, where the group boasts millions of followers. Last year, they won four rookie trophies at local music awards in a sign of their successful debut.

The group's second EP racked up 450,000 preorders ahead of the album's release on Monday and topped iTunes top album charts in 26 countries and territories including Japan, Mexico and India, according to Belift Lab, the group's agency.

"Drunk-Dazed" also debuted at No. 1 on iTunes top song charts in 14 areas including Indonesia, Singapore and Thailand, it added.

But the members said this doesn't mean they were free from growing pains.

"There were a lot of ups and downs after we entered a new, unfamiliar world with the debut," Jake said. "But we grew a lot as we overcame each one of the difficulties and this is reflected in our main track." 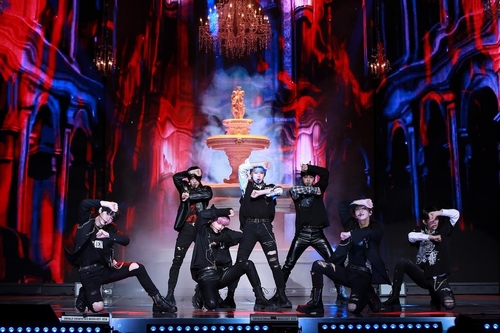 One of the toughest parts of their post-debut career was a lack of in-person promotions. Most of their activities have been rotating around social media as COVID-19 blocked them from meeting fans in person.

"We've been appearing as a regular DJ on a Japanese radio program, and it's so fun to read the letters listeners send in and tell our stories. It's quite different from interacting through social media. We'd also like to appear more on Korean radio," Ni-ki said.

The group said a fan meeting in February provided them a dose of energy they desperately needed.

"It was so fun to meet fans and perform while listening to them clapping and shouting. If things get better, we'd like to meet more members of Engene," Jay said, referring to the act's global fan base.

"We definitely felt that the level of energy is different online and offline. It made us motivated to work harder for fans in our next performance," Jung-won said. "We really got a lot of energy from Engene." 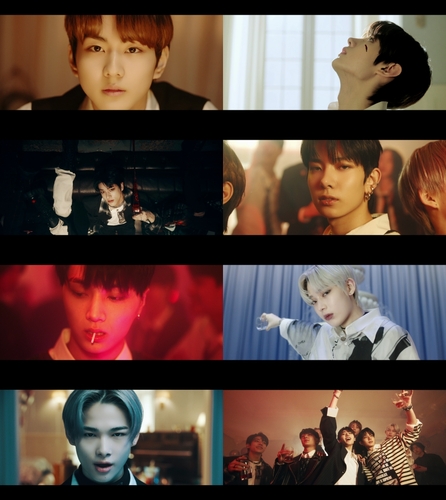 Enhypen, which also has seven members like BTS, and is part of Hybe's growing artist portfolio, picked the K-pop juggernauts as their role model.

"Most of the members grew up watching BTS from our trainee days, so we really respect them and want to follow their path," Jay said. "It's not only their accomplishments, but we want to learn their attitude as an artist."

"I was confused and didn't know what to do when I was selected the leader," he said. "But RM told me that leaders should support other members rather than leading them from the front. That was impressive, and I still try to remember it." 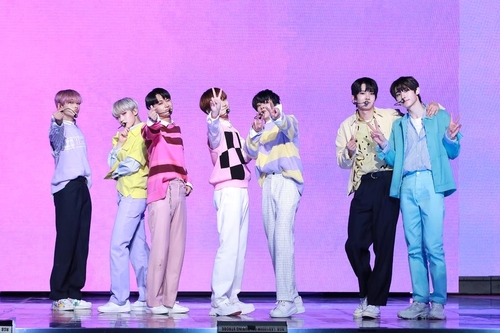