SEOUL, April 27 (Yonhap) -- Seoul Mayor Oh Se-hoon said Tuesday he will continue the expansion of Gwanghwamun Square despite opposition from some citizens and simultaneously seek improvements to the landmark structure.

Oh said at a press briefing that the remodeling project, which began in November before he took office, is already 34 percent complete and has incurred a cost of 25 billion won (US$22.5 million).

"Following a careful review and debate, the city of Seoul has decided to continue the restructuring of Gwanghwamun Square and to enhance its presentation by supplementing and developing the current plan," he announced at City Hall, saying that revising or scrapping the work could further inconvenience the public.

"I will not do a U-turn and will continue the construction," he said. 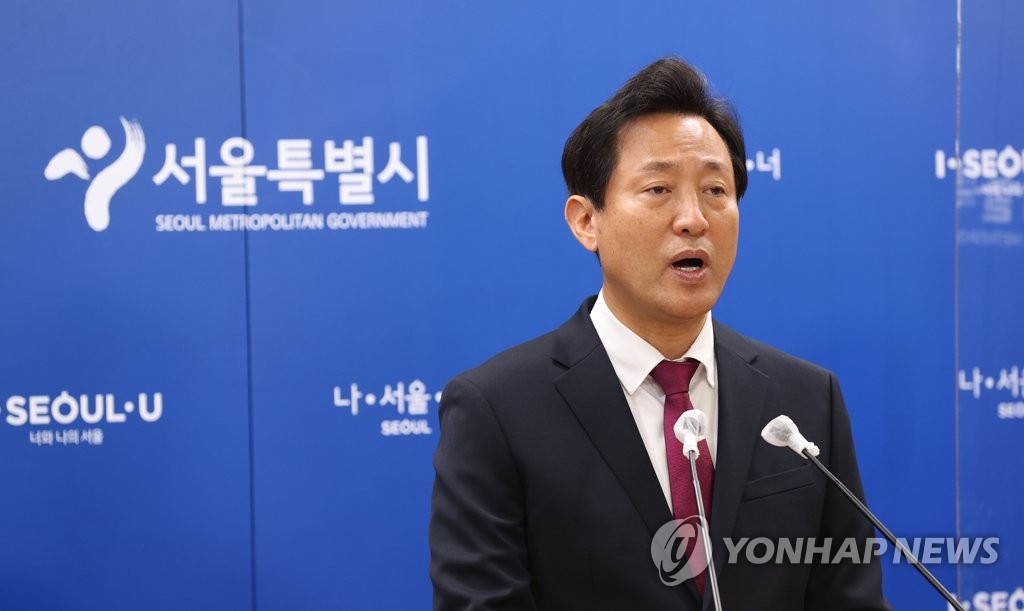 Gwanghwamun Square was built in 2009 during Oh's previous term as mayor of Seoul. Under his successor, Park Won-soon, the metropolitan government began work to expand the roads on the east side of the square and turn the roads on the west into a park.

Oh's return to office following his election win on April 7 sparked speculation he would reverse the construction and restore the plaza to its original form.

But the mayor stressed Tuesday that doing so would cost at least 40 billion won in "precious citizens' taxes" and that his decision to continue the work was based on his administrative philosophy to respect "administrative continuity" as much as possible.

"Minimizing problems and making up for shortcomings, and above all, never wasting a penny of citizens' taxes -- this is what I believe to be the obligation of Seoul's mayor," Oh said.

As improvements, Oh promised to increase the square's historical significance by restoring cultural assets, including a platform in front of Gyeongbok Palace that was ruined during Japanese colonial rule.

The mayor also pledged to make improvements to existing monuments on the square, such as the statues of King Sejong and Admiral Yi Sun-sin, and to deepen interconnectivity between the plaza and its surrounding facilities.

These additions will likely delay the construction's completion from October to January or February, with spring also being a possibility to allow for better weather conditions for tree planting in the park, he said.

Many residents and civic groups have opposed the square's restructuring due to concerns about increased traffic congestion.

Oh was also previously against the plan, writing on his social media in November that it was nothing but "an architect's insistence that the square should be on one side, not in the center."

"I would like to ask for whom construction is taking place at a time when life is already hard because of COVID-19," he wrote at the time. 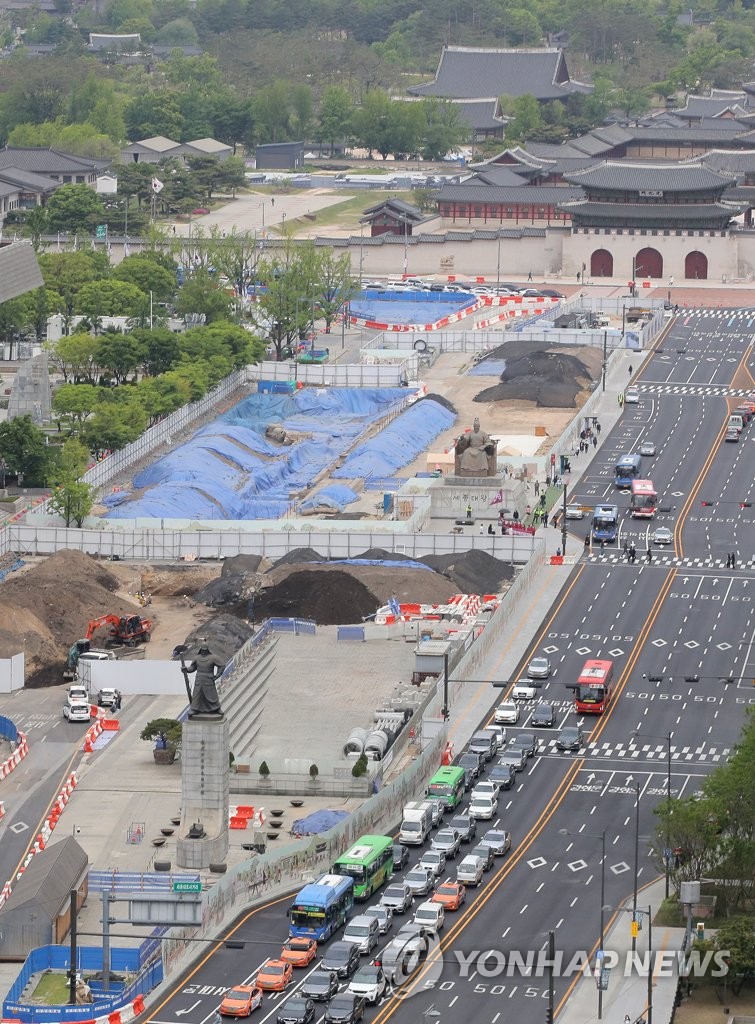