SEOUL, April 27 (Yonhap) -- President Moon Jae-in said Tuesday that the time is drawing near for the two Koreas to resume dialogue, stressing the significance of their historic summit deal three years earlier.

"The time is approaching again when (we) should end long deliberation and restart dialogue," he said during a weekly Cabinet meeting.

He was speaking on the third anniversary of the signing of the Panmunjom Declaration with North Korea's leader Kim Jong-un. The agreement, reached during the Moon-Kim summit held at the border village, calls for joint efforts to achieve co-prosperity, establish lasting peace and get the two Koreas reunited.

"The Panmunjom Declaration is a milestone of peace that no one can undermine," Moon emphasized. "The path of peace, promised in the declaration, cannot be reversed under any circumstance."

Inter-Korean dialogue and Washington-Pyongyang denuclearization talks have been stalled for more than two years.

Moon cited "external conditions and realistic restraints" in making further progress on top of the accomplishment of signing the declaration. 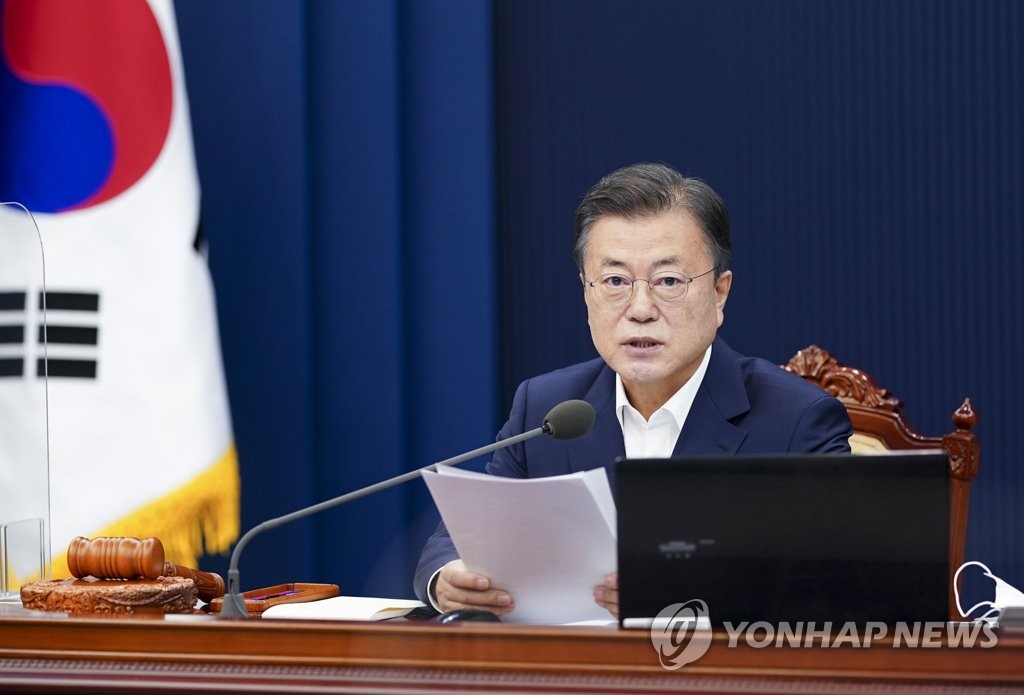 Nonetheless, the security situations on the peninsula are being managed "more stably than at any other time," the president said.

"Peace, for now, is incomplete," he added. "We should move toward irreversible permanent peace on the basis of the Panmunjom Declaration."

He said that it is time to prepare for turning the "peace clock" again, taking lessons from troubles so far in the peace process.

He expressed hope that his in-person summit talks with U.S. President Joe Biden, scheduled to be held in Washington in late May, will serve as a chance for further cementing the alliance, closely coordinating North Korea policy and setting the right direction.

He said his government plans to find a way to advance the Korea peace process on the basis of robust cooperation with the Biden administration.

"I hope that the door will open for restoring dialogue and cooperation between the two Koreas and between North Korea and the U.S.," he said.

On the economy, he struck a markedly upbeat note.

"We have become able to say that the South Korean economy has come out of a dark and long tunnel, and it is back on track for economic growth," he said.

He referred to an announcement by the Bank of Korea that the nation's gross domestic product had expanded 1.8 percent in the first quarter of 2021.

It marks faster-than-expected growth exceeding the level posted ahead of the COVID-19 pandemic, Moon noted.

In spite of such a positive sign, many people here are still suffering difficulties amid a lingering crisis, he said, stressing the need for "inclusive growth."

"In particular, the issue of the gap (widened by the coronavirus outbreak) and inequality is a national task that should be addressed with focused capabilities," he said.

Meanwhile, the Cabinet approved a plan to establish a presidential committee on South Korea's campaign to go carbon neutral by 2050. 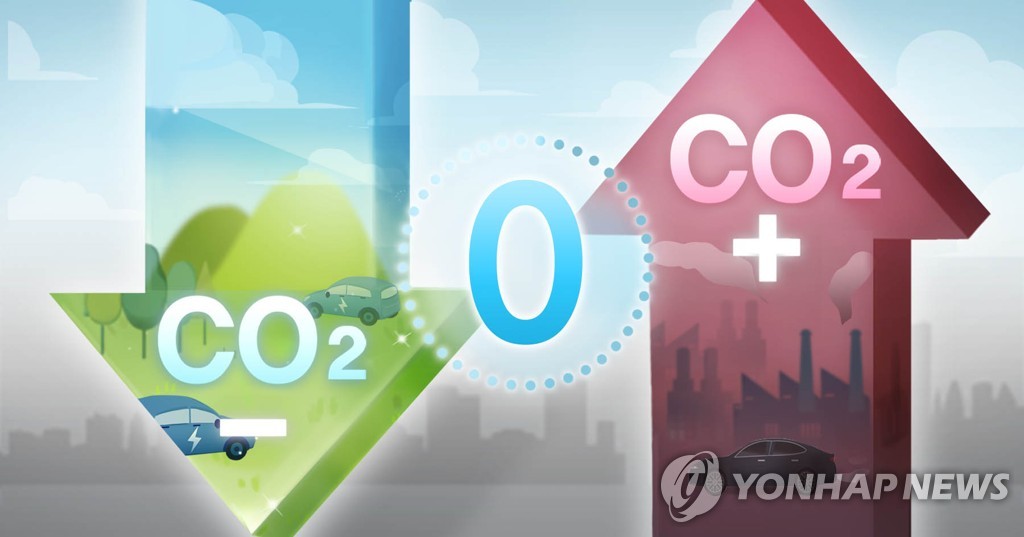 The new organization, tentatively named the 2050 Carbon Neutrality Committee, is slated to be launched in May, according to deputy Cheong Wa Dae spokesperson Lim Se-eun. It remains unclear who will be appointed to lead the government-private panel.

The existing National Council on Climate Change and Air Quality, headed by former U.N. Secretary-General Ban Ki-moon, will be abolished, with a carbon neutrality committee absorbing its role and task.